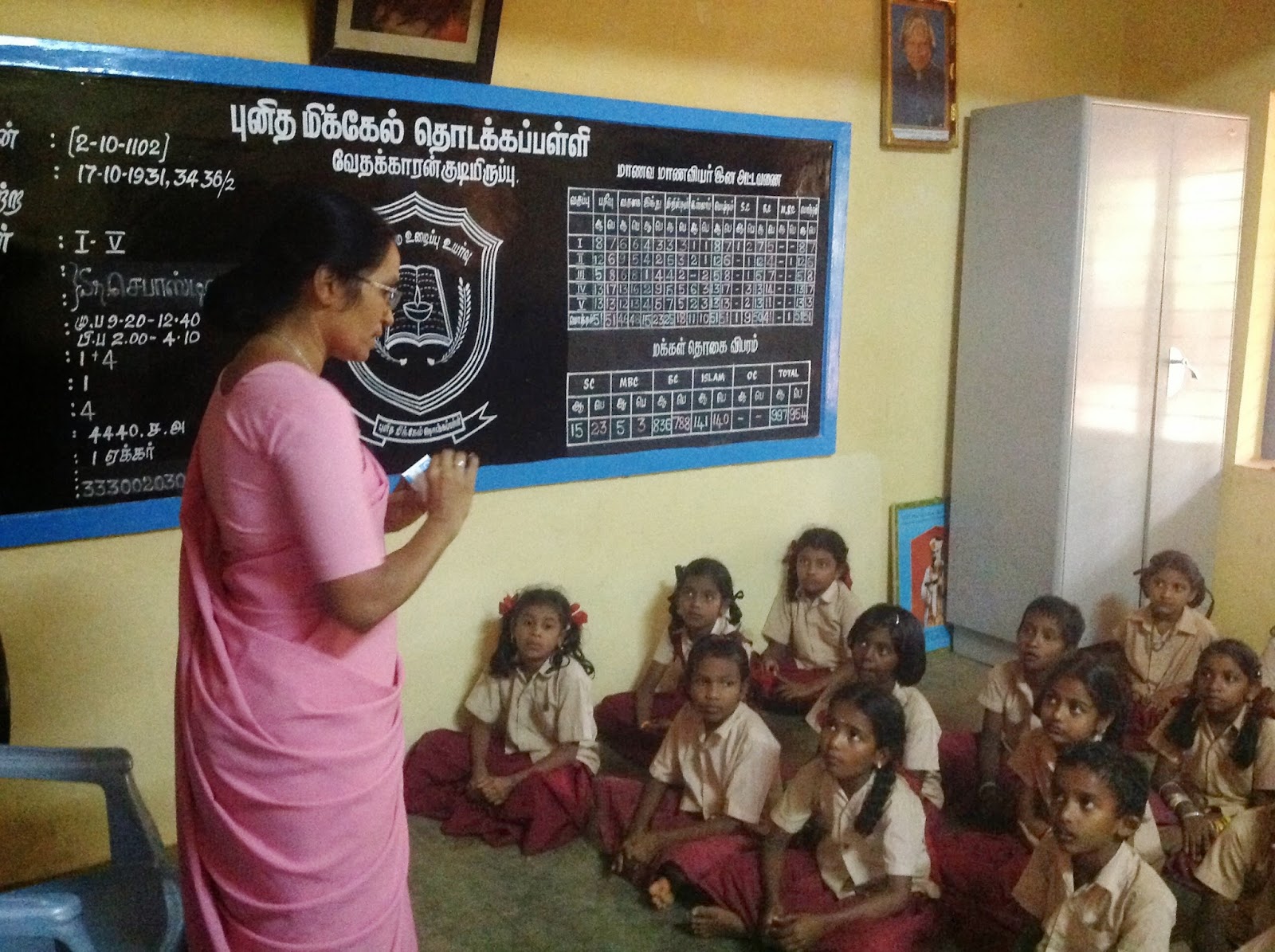 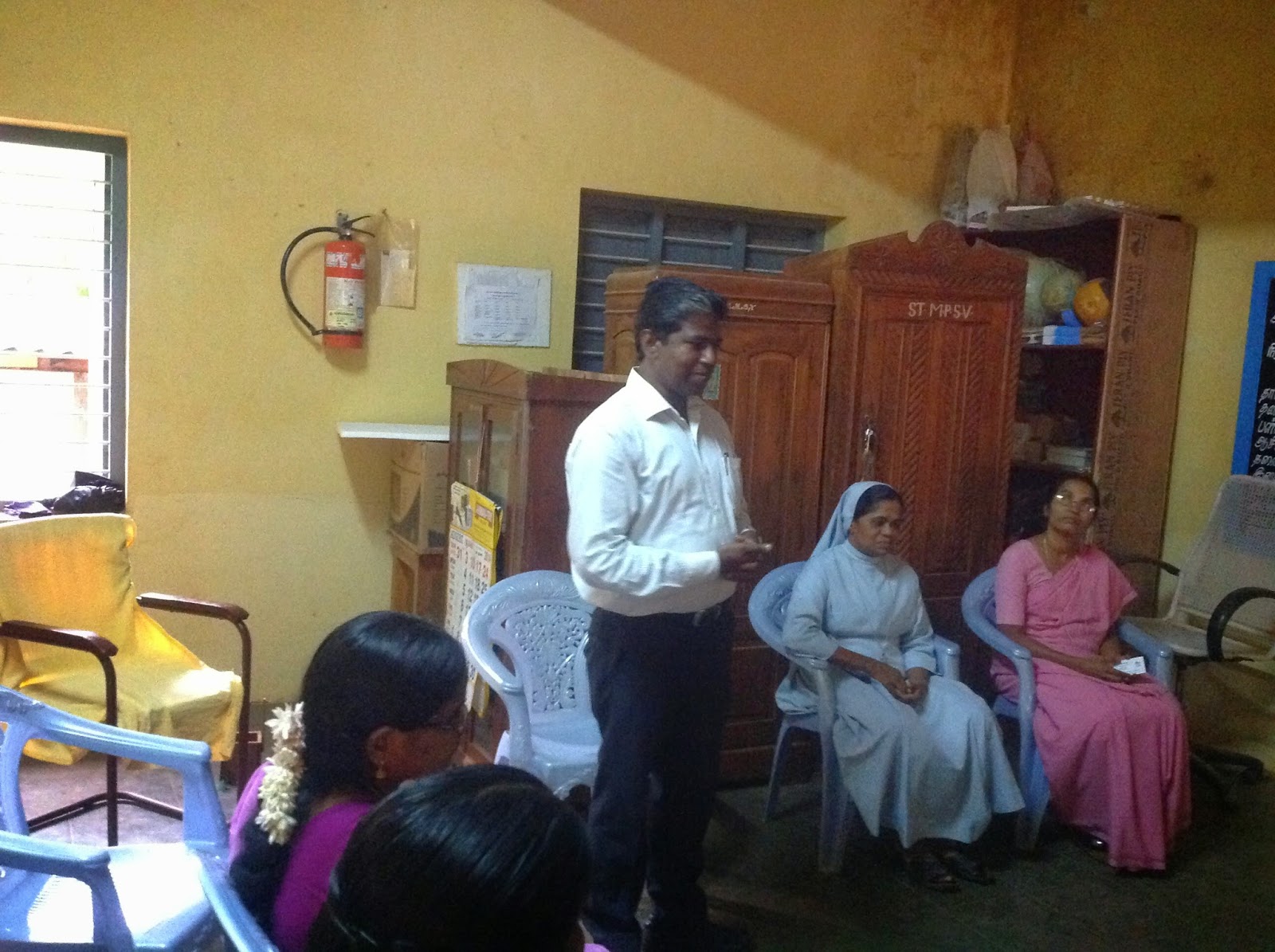 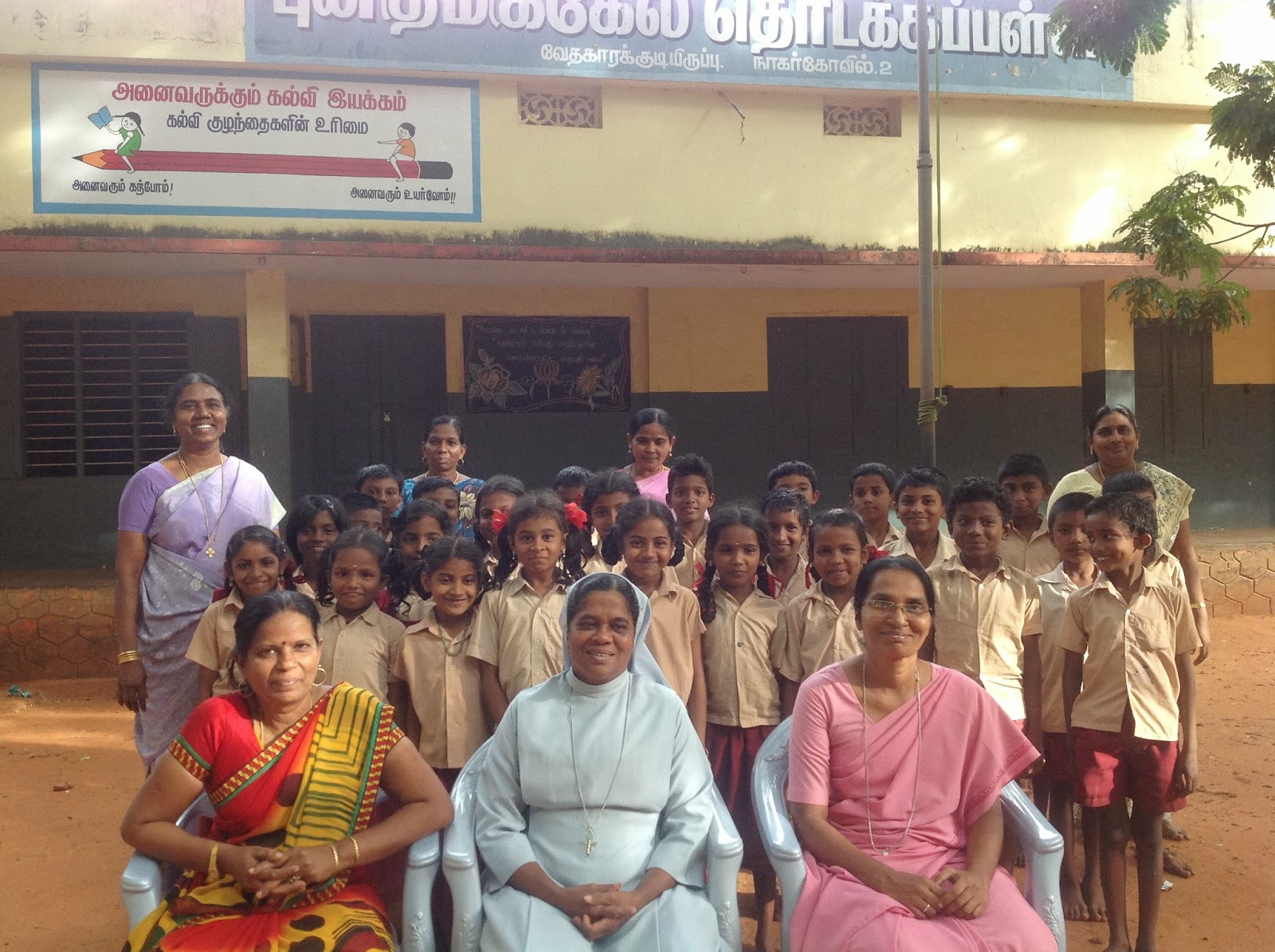 IDF launched Mother Teresa Bal Gurukul on 5th of September 2014 at St. Michael's Primary School, Nagercoil.
The School Headmistress, Sr.Sebastinammal and the Correspondent, Sr.Dhasanthal and all the teachers took part in the program along with the students. The schoolteam felt extremely happy and thankful to IDF for the kind and prompt initiative and they said that the Bal Gurukul programme will have a great impact on have lives of the children.  Dr. S. Franklin, Chief Executive, IDF inaugurated the Bal Gurukul on the anniversary day of Mother Teresa.
Posted by IDF Moments at Wednesday, August 27, 2014 No comments: 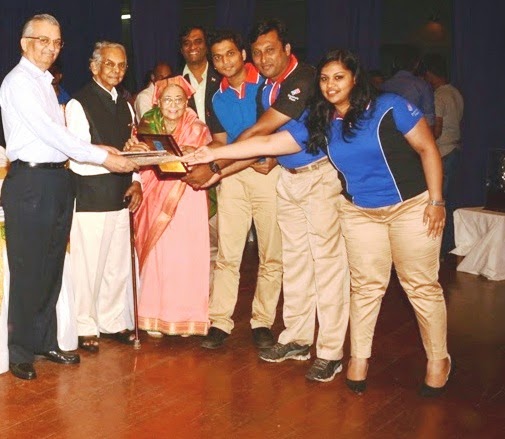 
Mother Teresa Memorial Award was presented to Podar International School for excellence in social work. Students from St.Catherine's School and Mona Remedial Education Centre set the tone for the event with a soulful invocation prayer dance. 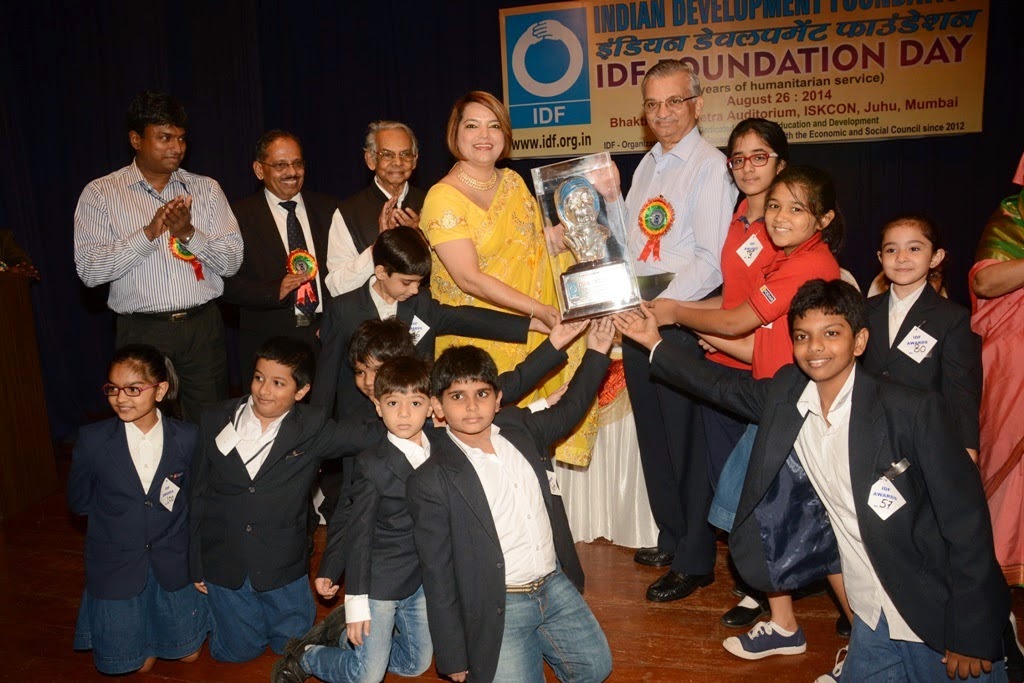 Internship for a cause 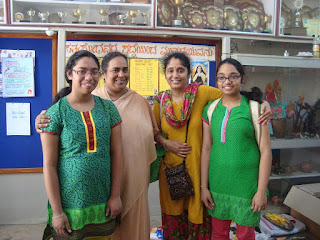 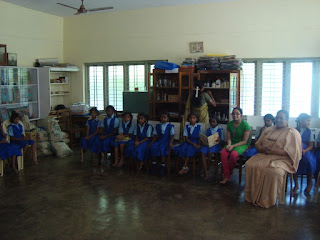 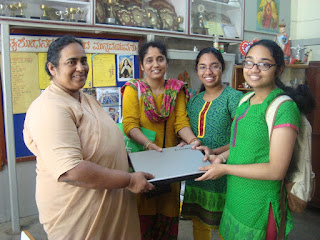 Mrs. Sudha from Minnesota, USA suggested her daughters Gayathri and Gowri to do social internship at IDF's Carmel Bal Gurukul at St. Anthony's Hr. Primary School, Jayanagar, Bangalore.  The sisters did internship for a week, interacted with the children, taught math and languages and also donated a laptop to the Bal Gurukul.

Rev. Sr. Jyotsana, HM of the School and Team IDF thank Mrs. Sudha, Gayathri and Gowri for their act of kindness.
Posted by IDF Moments at Wednesday, August 20, 2014 No comments: 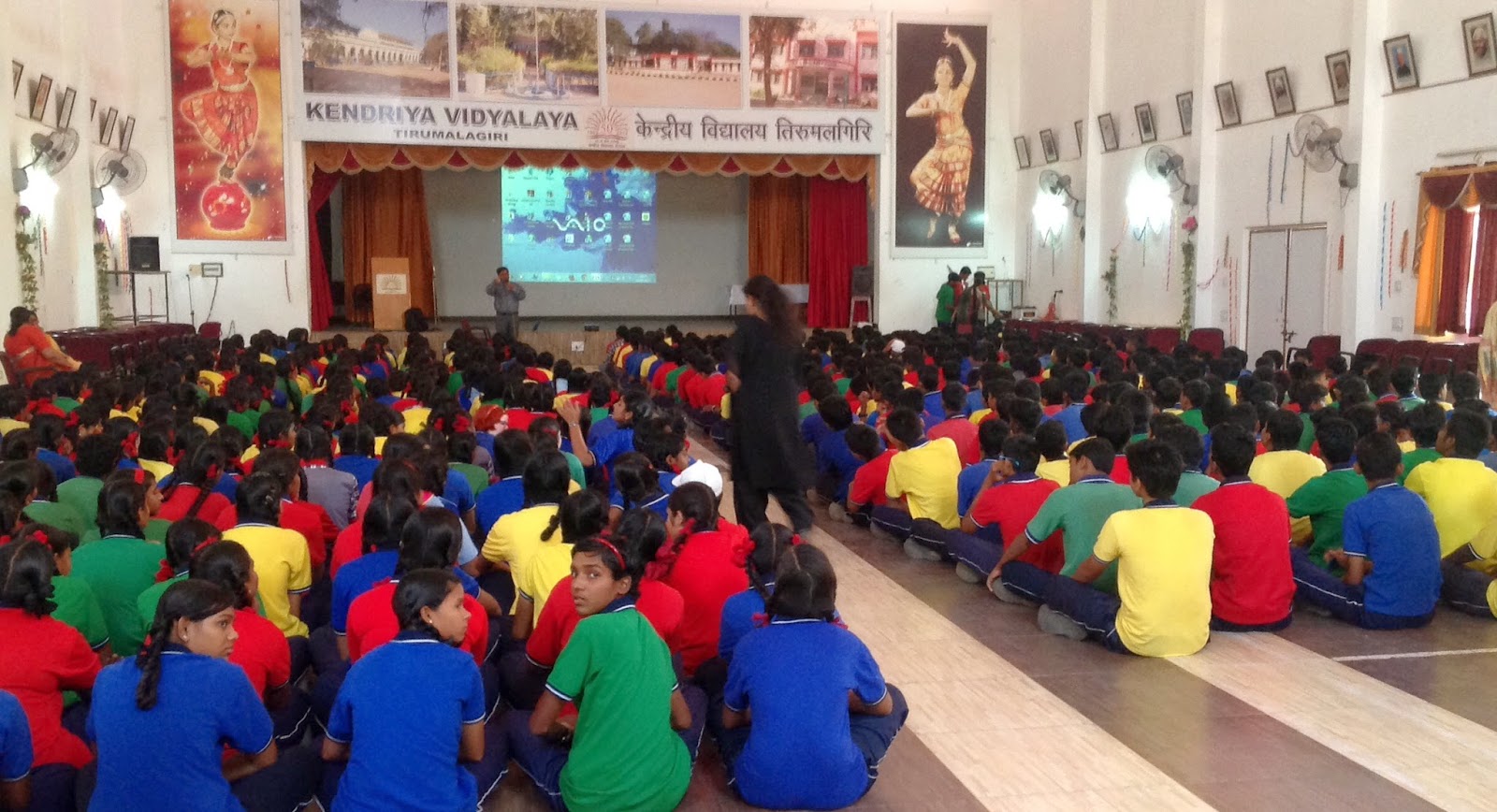 Children and Adults are the biggest sufferers of the menace. More than  450 citizens are killed every day by road accidents in India. It is equivalent to  an international flight crash. However, we continue to take this as part of day to day life. 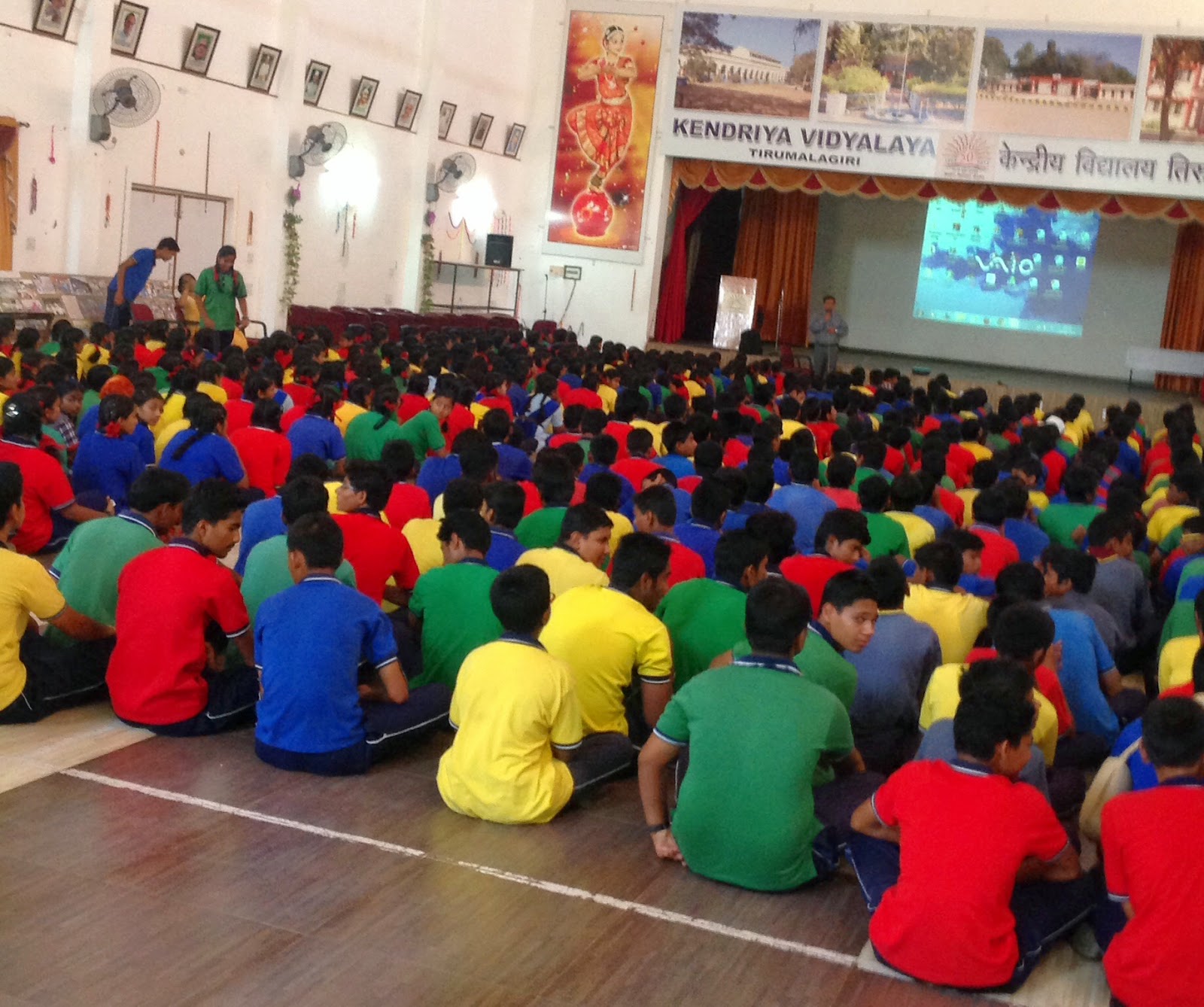 Indian Development Foundation along with Road safety club  conducted the  road safety awareness programme. The program was appreciated by the principal, staff and students of Kendriya Vidyalaya.

Lt. Gen. Ajai Barnabas Masih (Retd), UYSM was invited by Sri Ayyappan High School, Bangalore to address their students.   Lt. Gen. Ajai Masih empowered the students & teachers with his life experience and highlighted on the role of students & teachers in carving out a new society. While he complimented the teachers for handling students with great care and attention.

Indian Development Foundation released Grants to leprosy/ TB and education projects in Tamil Nadu and Kerala Regions. Principals, Teachers and Students from various schools in Tamil Nadu and Puducherry were honoured for their excellent social performance and support.

Dr. ARK Pillai complimented and thanked all the social supporters. IDF grants are given out of donations received from public. IDF is committed to spread smiles all around.  Awards to Corporate Team, NGO Partners and Social Ambassadors were given at this function. Kendriya Vidyalaya No.2, Tambaram, Chennai played soulful music and set to tone for the function.  Students from Ethiraj College volunteered and co-ordinated. 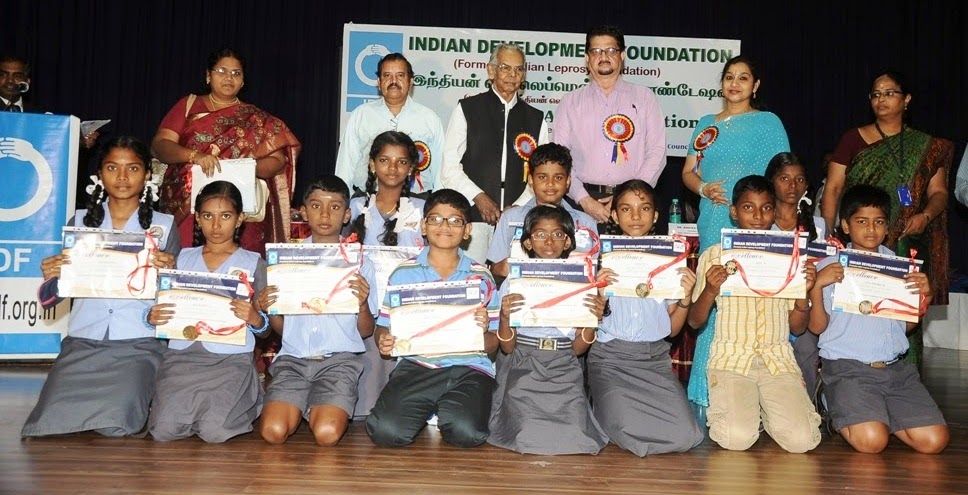 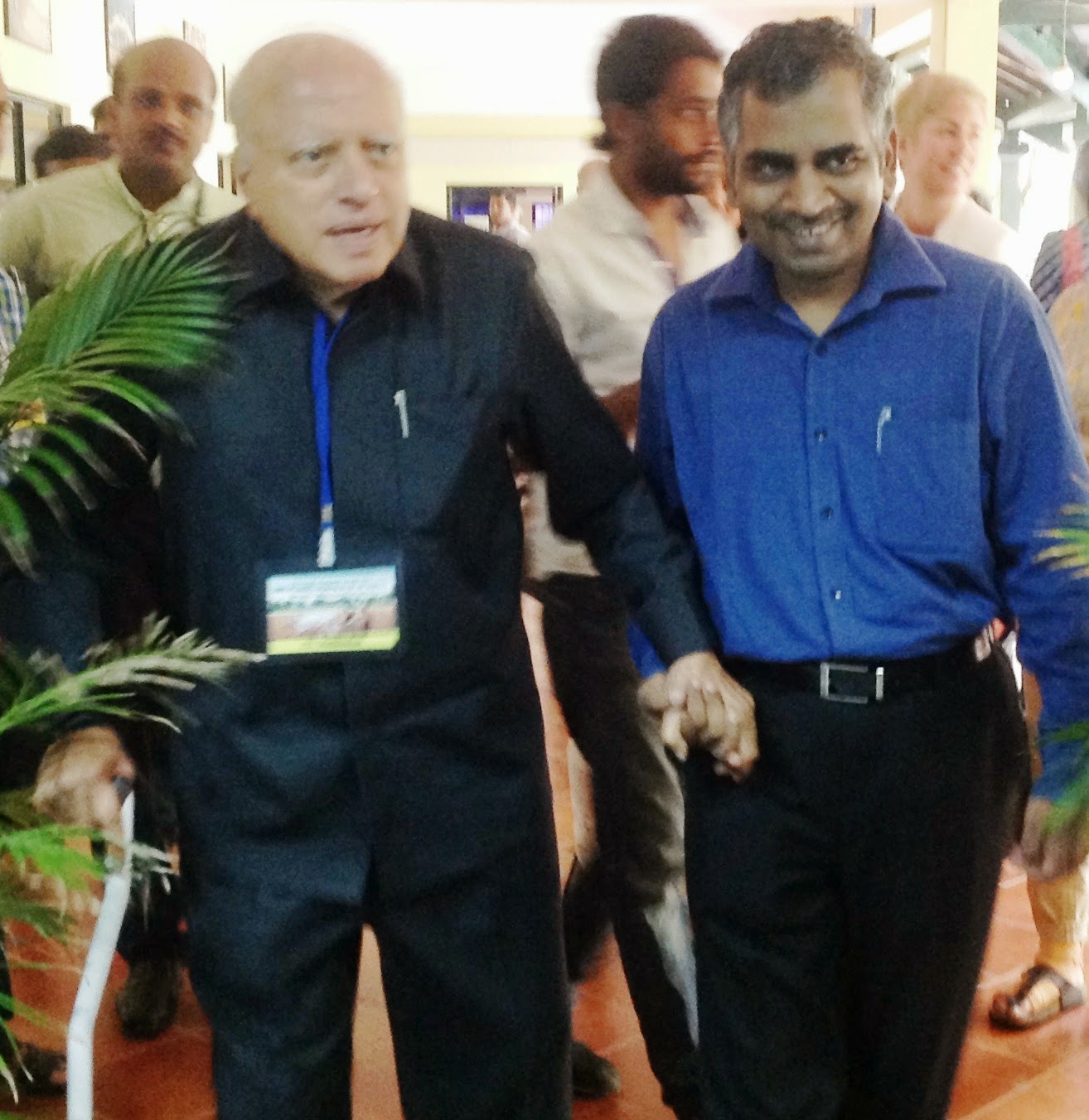 Prof. M S Swaminathan has been described by the United Nations Environment Programme as “the Father of Economic Ecology” and by Javier Perez de Cuellar, Secretary General of the United Nations, as “a living legend who will go into the annals of history as a world scientist of rare distinction”.

A plant geneticist by training, Prof. Swaminathan’s contributions to the agricultural renaissance of India have led to his being widely referred to as the scientific leader of the green revolution movement. In 1999, Time magazine placed him in the Time 20 list of most influential Asian people of the 20th century. 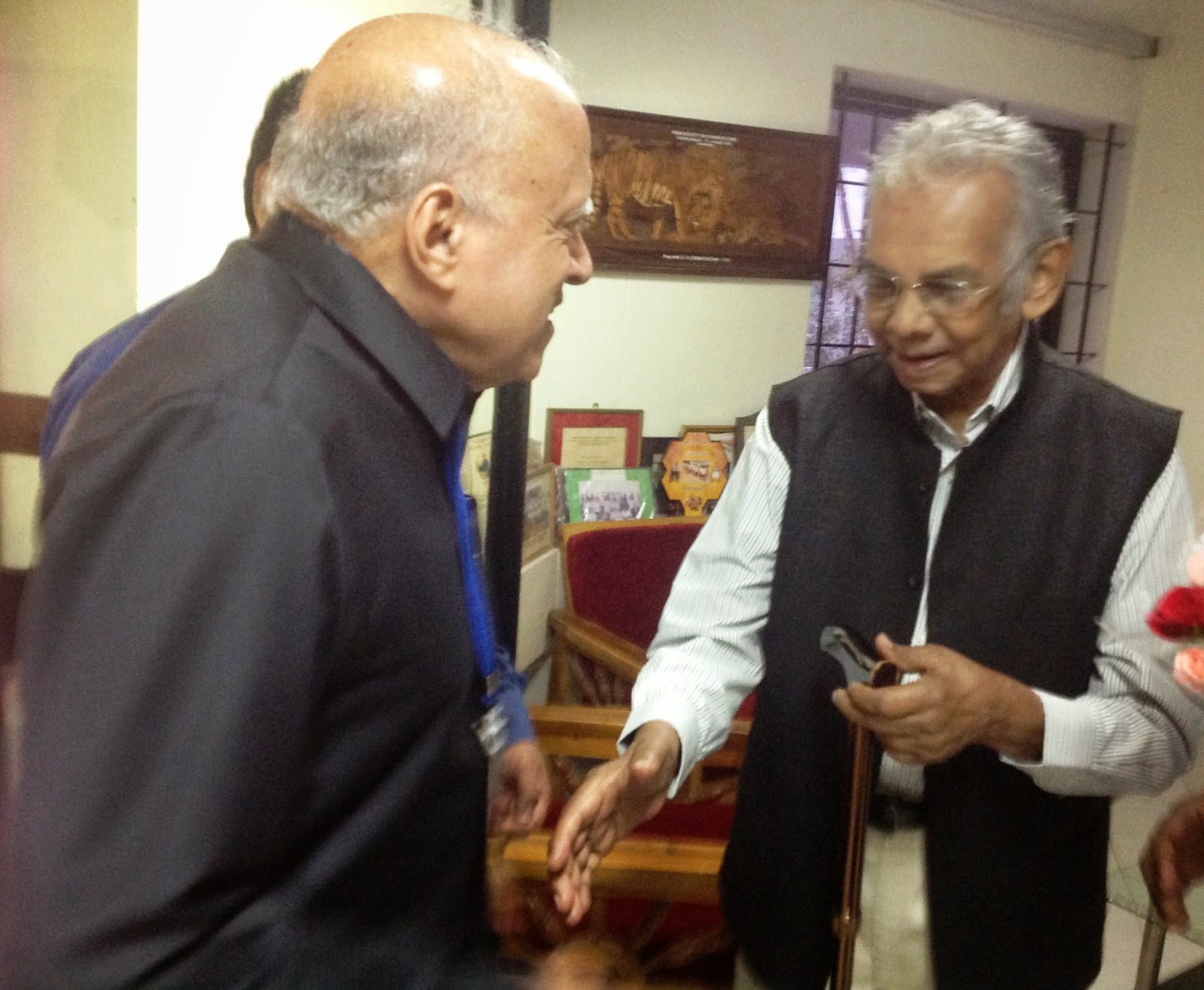 Prof. Swaminathan is a Fellow of many of the leading scientific academies of India and the world, including the Royal Society of London and the U S National Academy of Sciences. He has received over 60 honorary doctorate degrees from universities around the world.

Indian Development Foundation had conferred on him the prestigious Mother Teresa Memorial Award in Oct 2010 for his outstanding contributions as leader of the Green Revolution movement, piloting leprosy elimination efforts and championing for a hunger-free India.

IDF Grants - Awards function for Karnataka region was held on 6th August 2014 at Bharatiya Vidya Bhavan, Bangalore. Highlights : Release of IDF Grants to leprosy/ TB/ HIV-AIDS and education projects in Karnataka. Honours to schools and students for their excellent social responsibility and honours to social workers and institutions.

Posted by IDF Moments at Wednesday, August 06, 2014 No comments: