IDF-UK launched on 29th March 2014 to spread the message of goodness and connect people for a purpose.


Dr. ARK Pillai and Dr. Narayan Iyer congratulated the group for the excellent social initiative of creating a platform of goodness. Interacting with the team members, Team IDF wished Team IDF UK all success in their journey ahead in spreading smiles all around. The spirit of volunteerism was so alive in the discussion that the friends in UK came forward to reach-out the most needy children in IDF Bal Gurukuls and also strengthen TB research work in India. 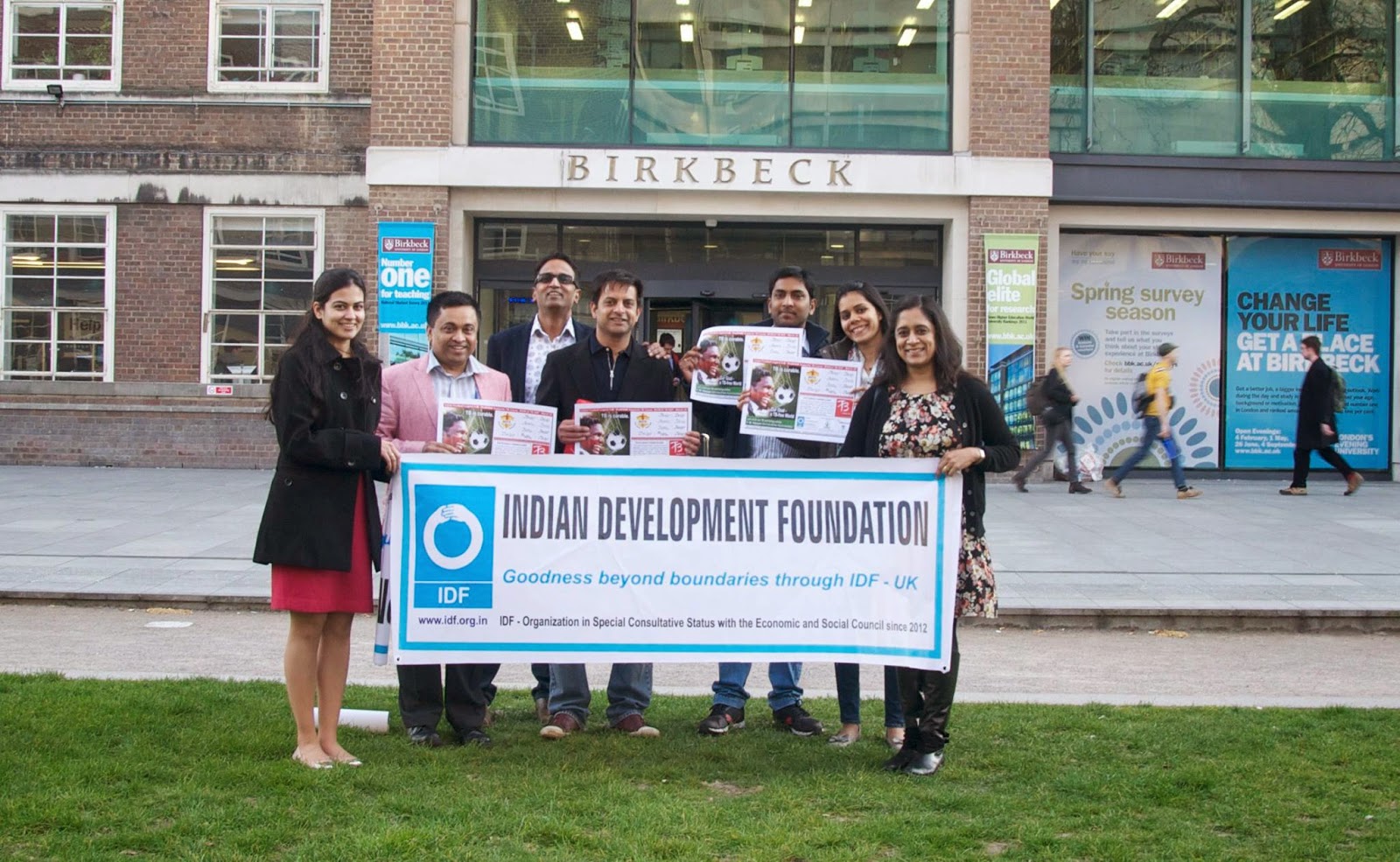 IDF's iLift Club will touch many lives.
Our special thanks to DJSCE for inviting IDF to form iLift Club.
iLift - Igniting Leaders of India for Tomorrow
Posted by IDF Moments at Tuesday, March 25, 2014 No comments: 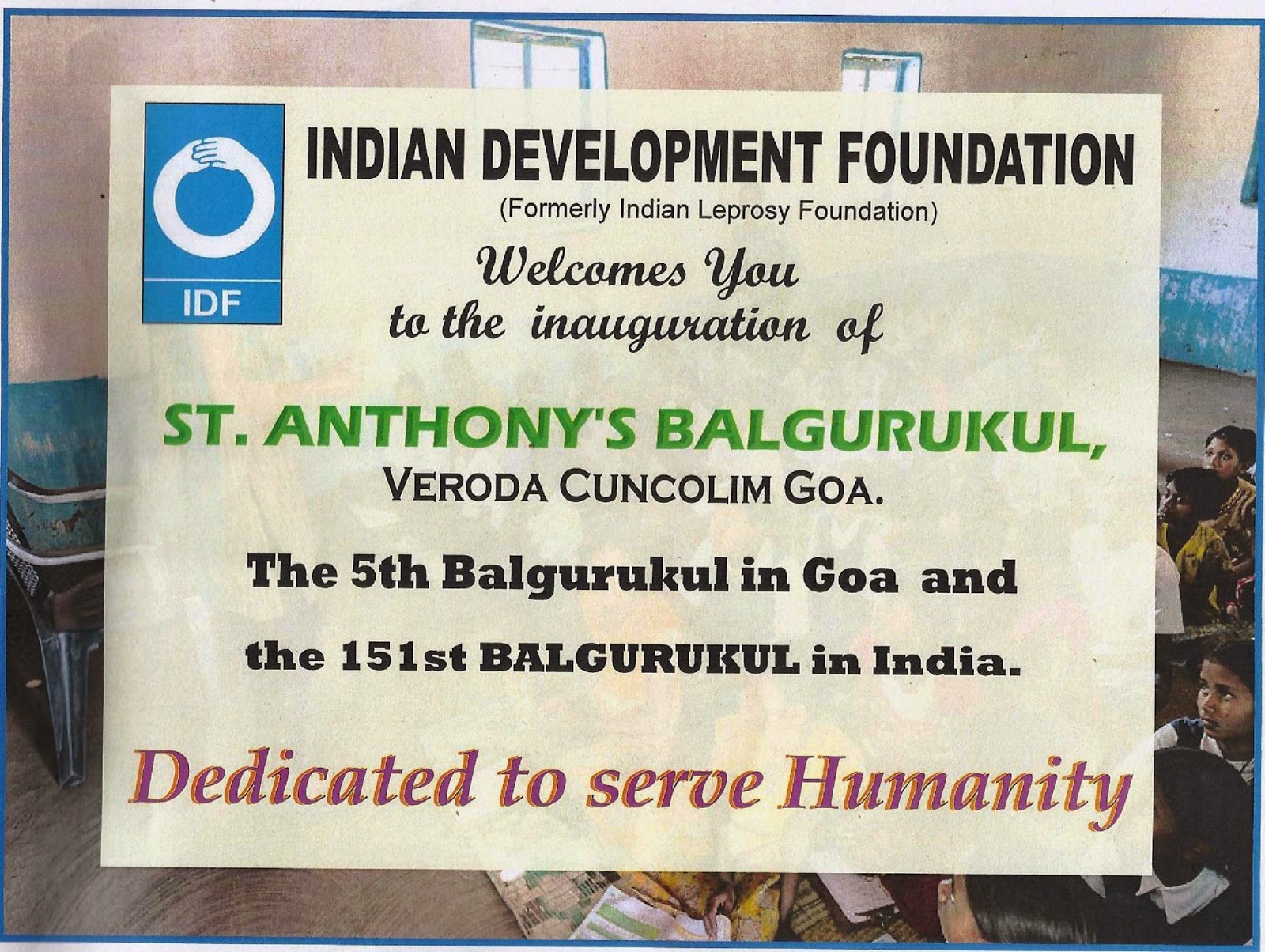 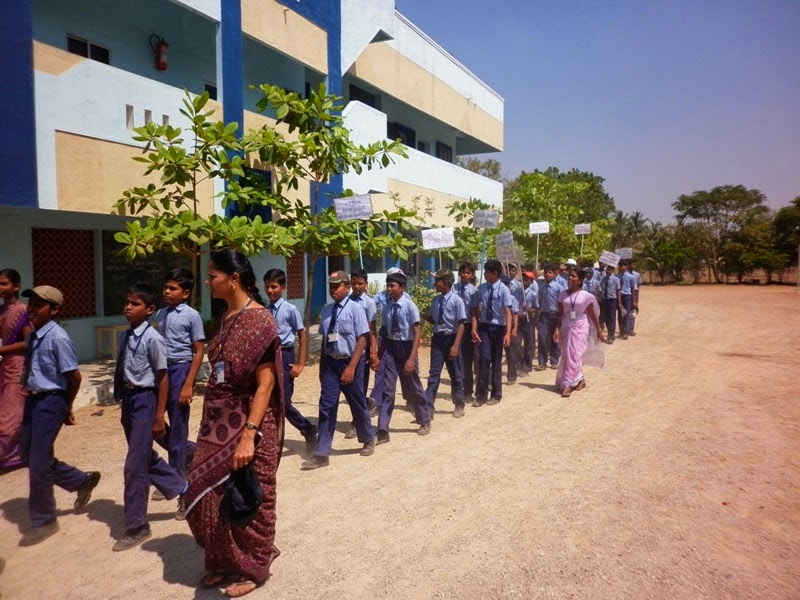 180 students and teachers participated in the rally. Students distributed the pamphlets and display the TB posters/ Charts to the people of the village. 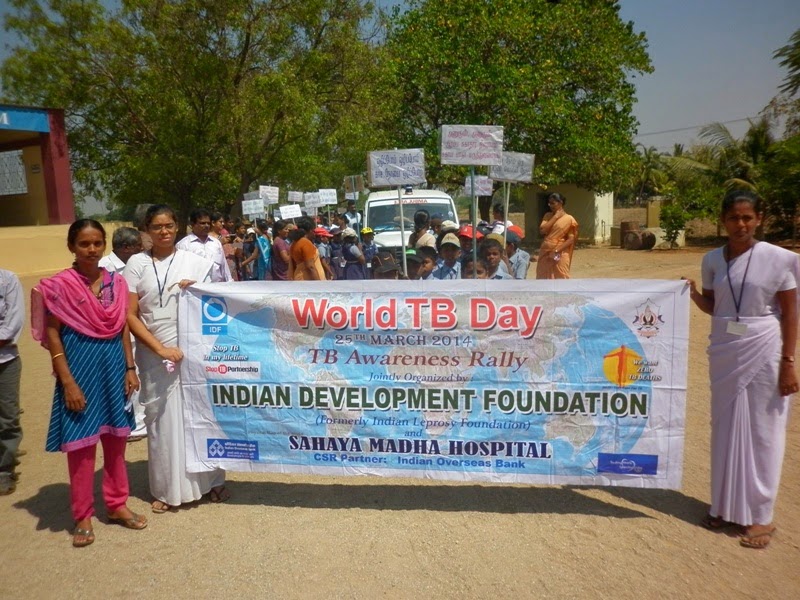 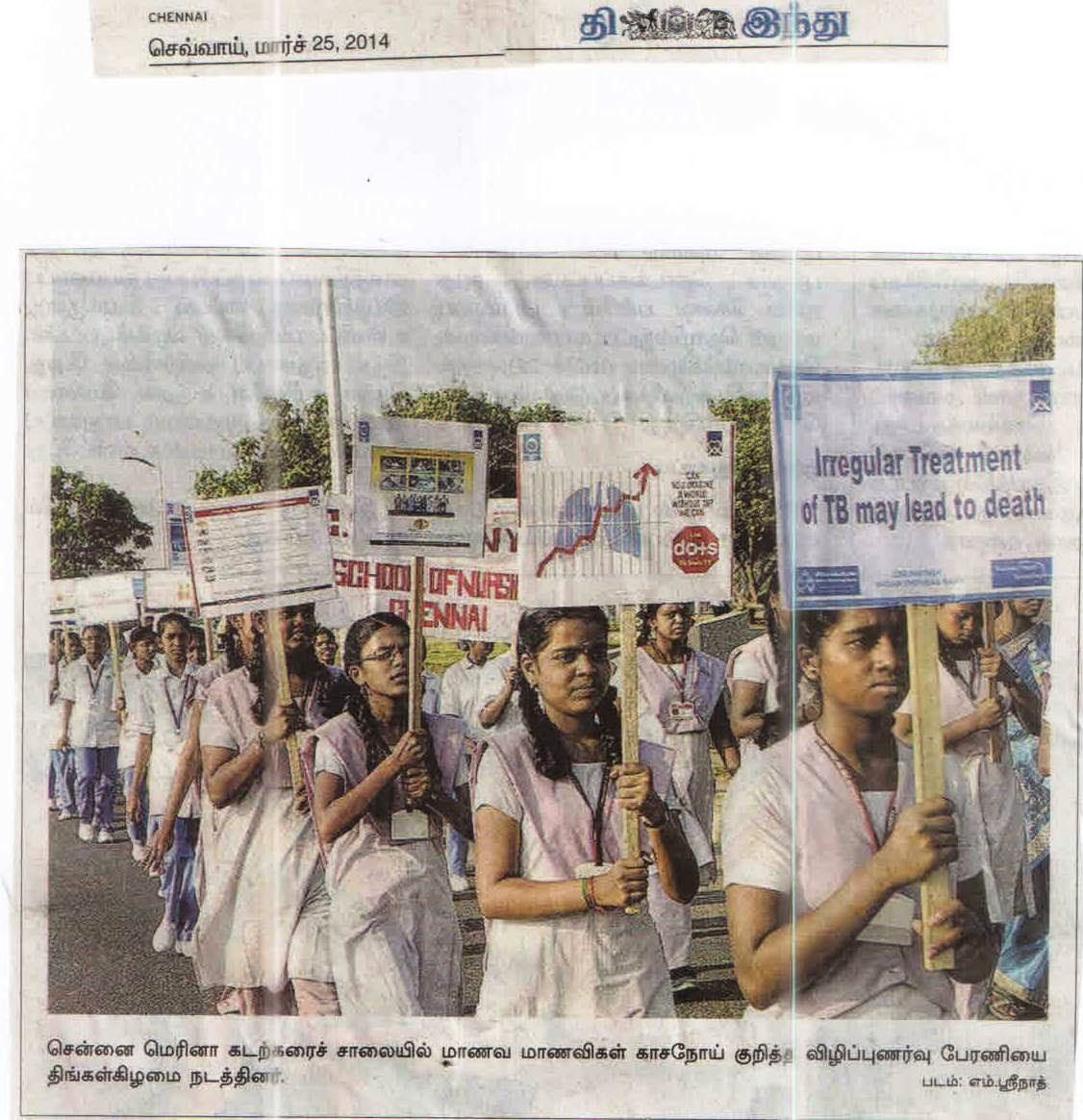 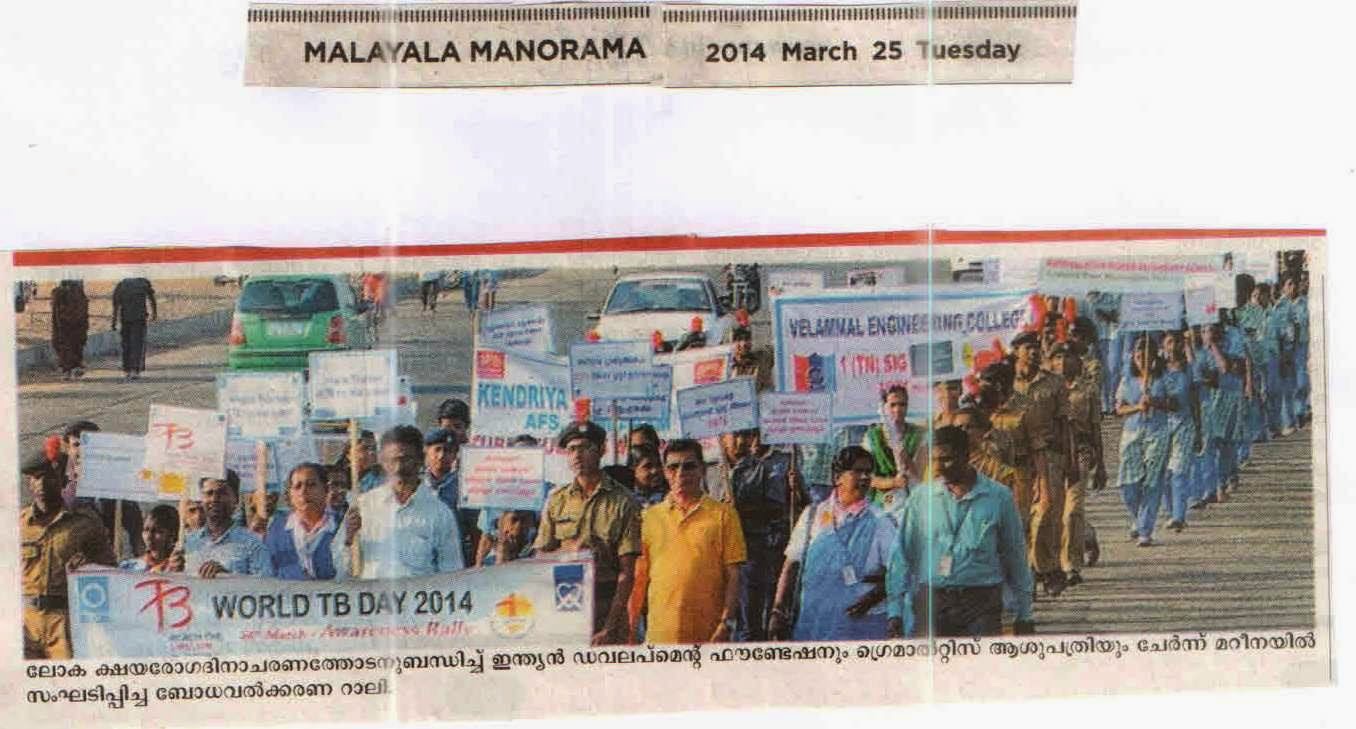 Indian Development Foundation organised a Tuberculosis Awareness rally on Monday to mark World TB Day 2014. Over 600 school and college students took part in the by the rally.

Students from four colleges and schools walked the three-kilometer stretch from the Light House to Labour Statue at Marina Beach holding placards with messages on the symptoms, care and treatment of tuberculosis.

“Tuberculosis is a curable disease and as students, it is our duty to spread the message and create awareness,” said Prerna Gupta, a class eight student from Sacred Heart Church Park.

Jenima, a class 10 student from Kendriya Vidyalaya, Tambaram, stated that 30 lakh people die across the world due to TB, with three lakh of them in India. “People die of TB because there is lack of awareness. During the rally, people asked us many doubts,” she said, standing along with her contingent of 32 students.

Even as the country awaits for the World Health Organisation to announce that India is polio-free, participants at the awareness rally felt that there has to be a collective effort to eradicate tuberculosis as well. “We have been successful in eradicating polio. 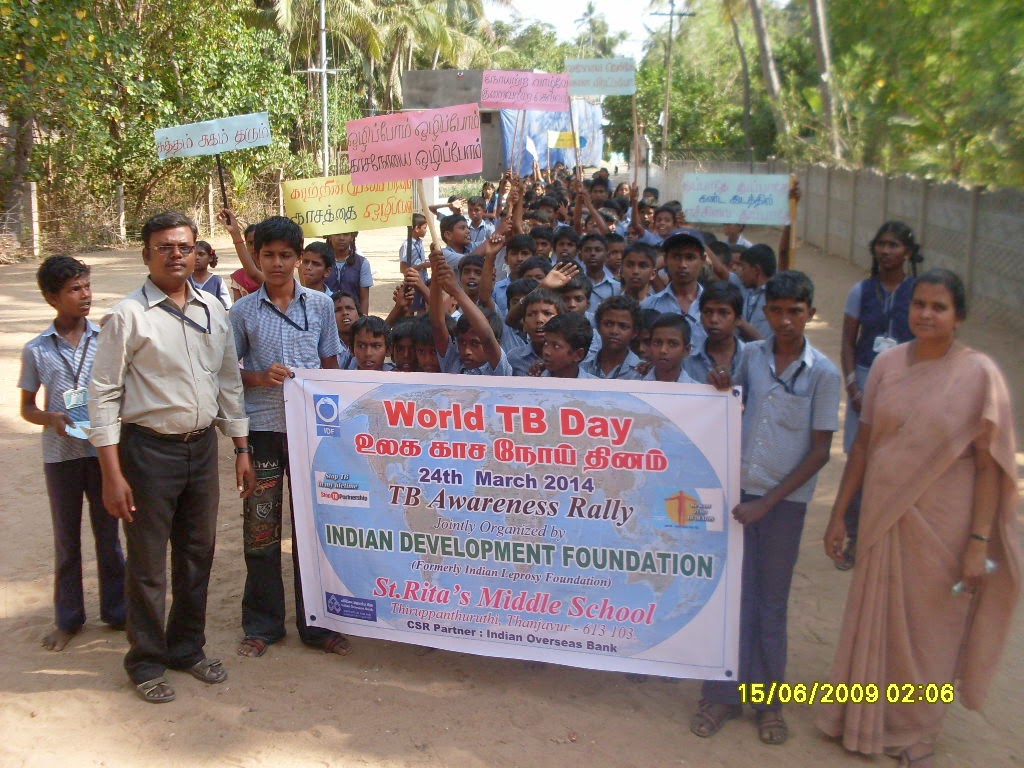 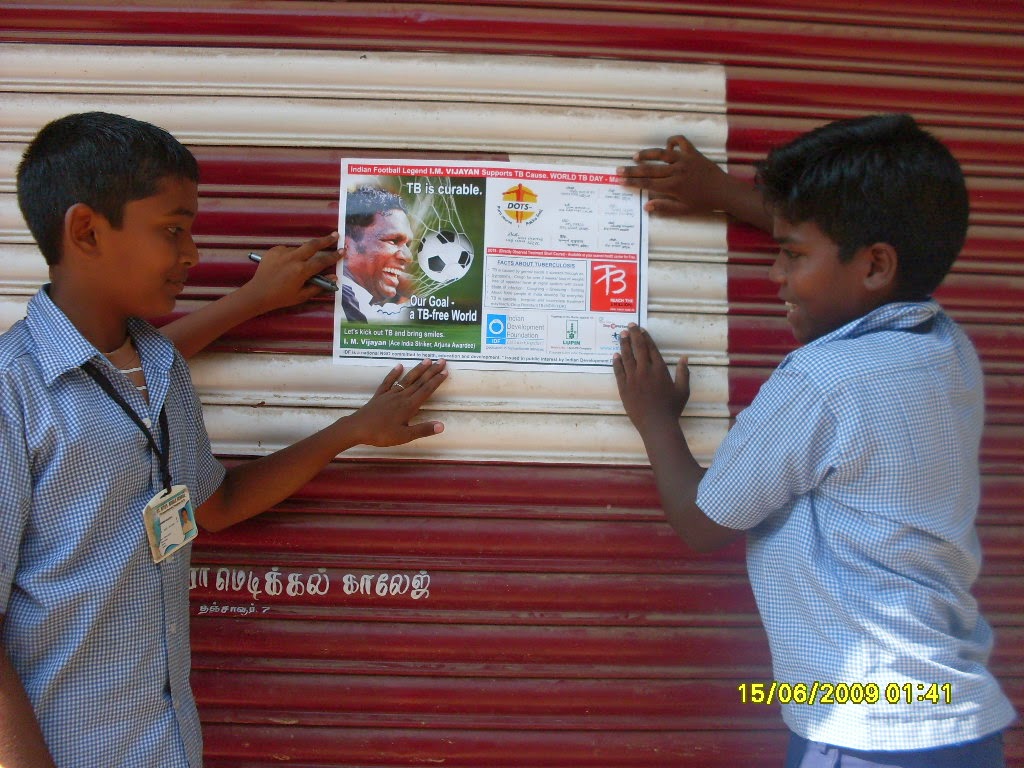 300 students and teachers participated in the rally. Students distributed the pamphlets and display the TB posters/ Charts to the people of the village. Rally started from the School and finished at matha temple, thiruppanthuruthi. Mr. Sudhakar lectured the students on TB &  Health issues.

Awareness posters and pamphlets were distributed to the people and students present. 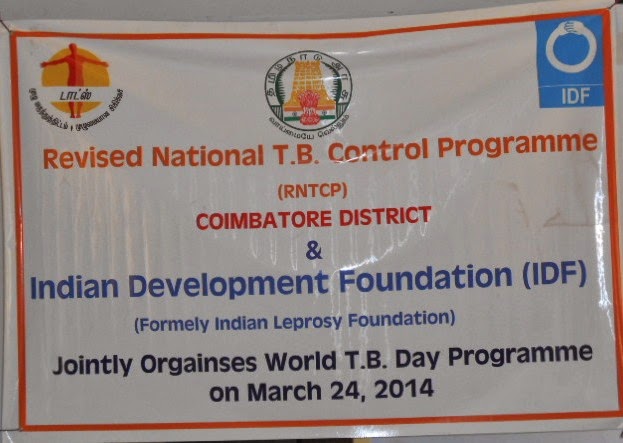 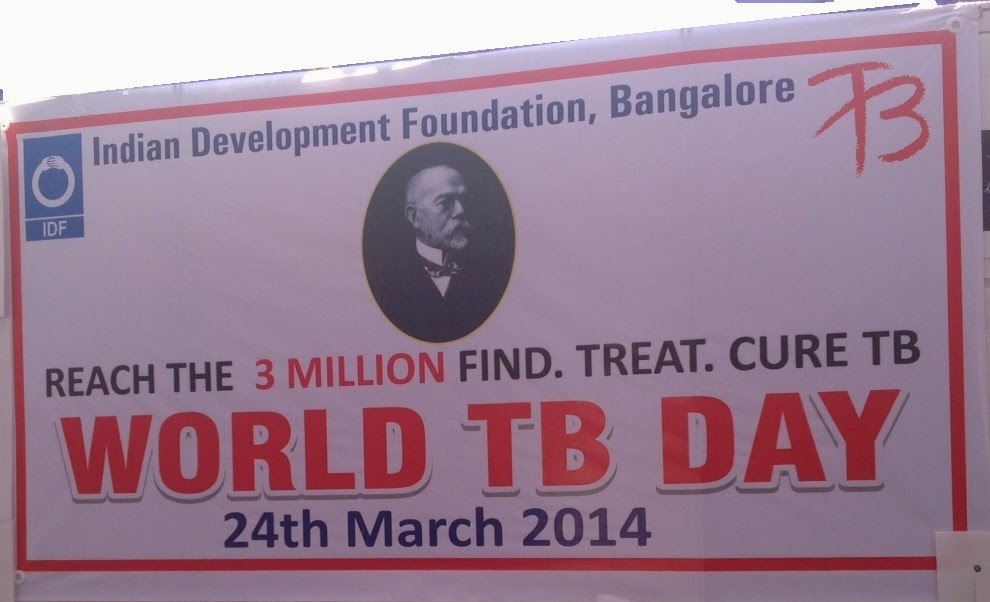 Indian Development Foundation (IDF) collaborated with the State TB Office on account of World TB Day to raise awareness regarding TB and precautions & cure. In order to spread the awareness, IDF and State TB office organised an Exhibition & Puppet Show and conducted an essay contest at Freedom Park. 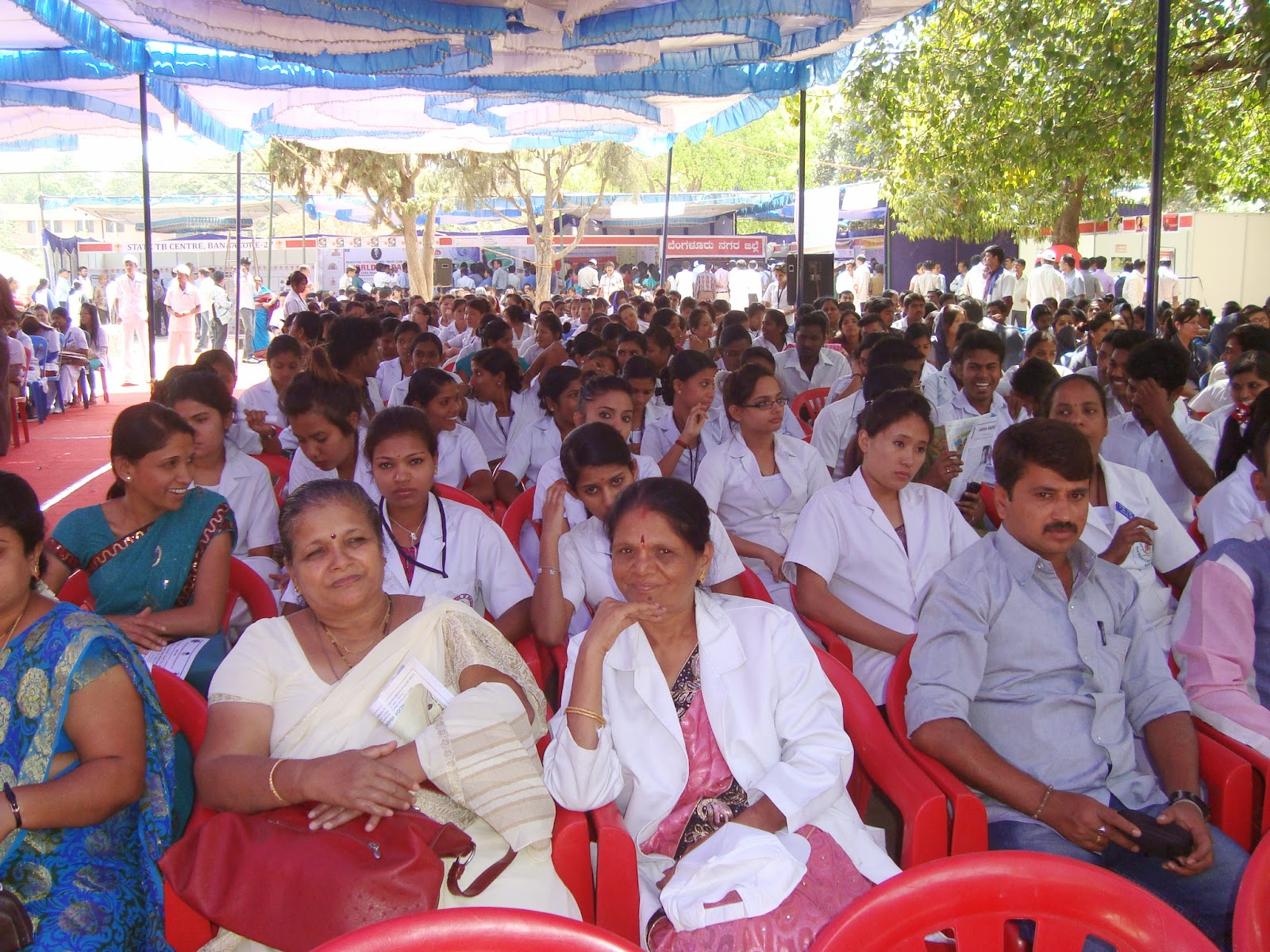 7 students was also awarded consolation prizes and participation certificates to all the students.

Nutrition for the needy- An act of kindness 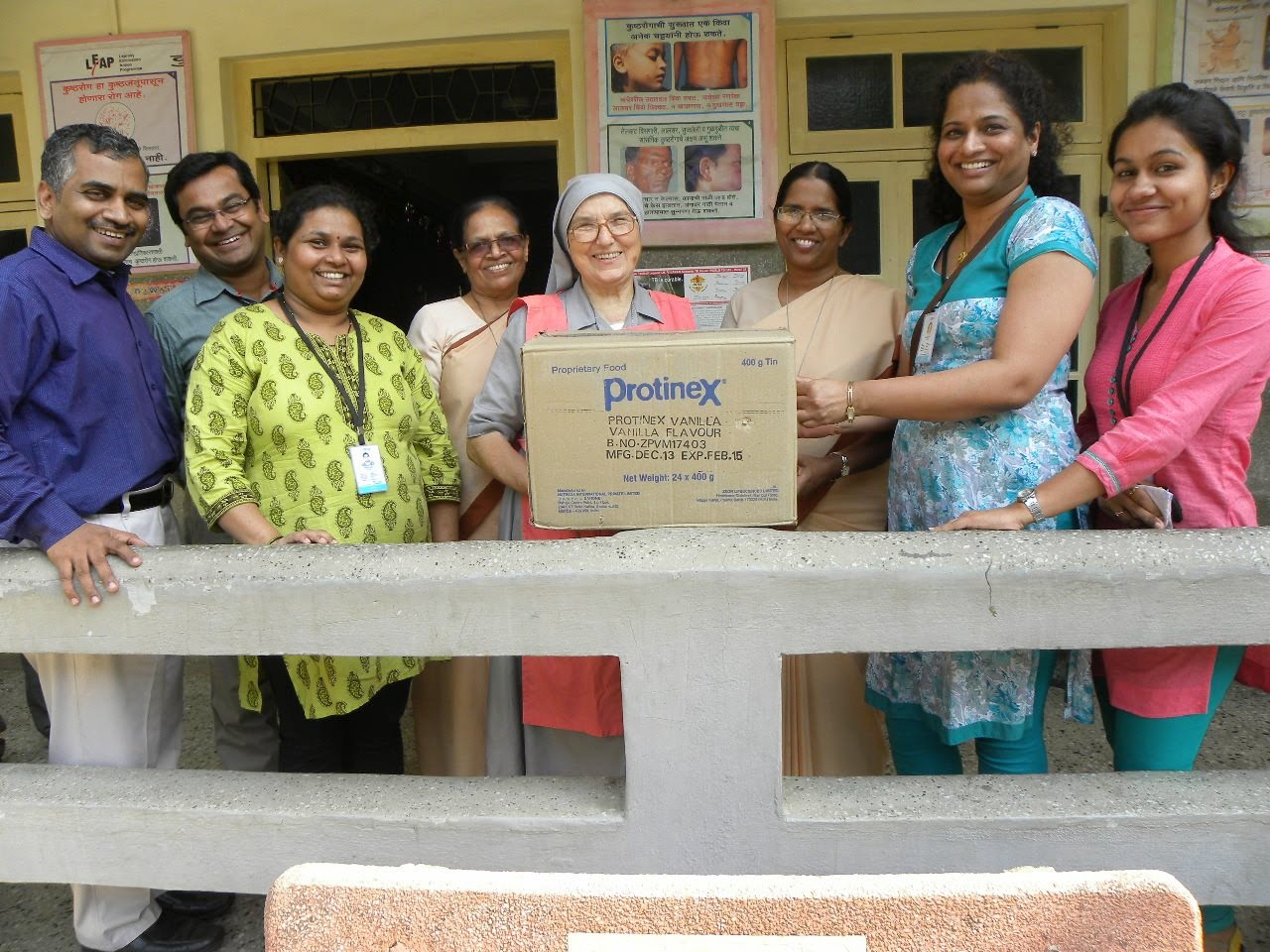 IDF and Vimala Centre salutes the wonderful gesture Ipca Team. Remaining 96 tins of protinex is handed over to Bombay Leprosy Project for TB patients.
Posted by IDF Moments at Monday, March 24, 2014 No comments:

CSI KJSIEIT along with Indian Development Foundation (IDF) initiated an awareness campaign for World TB Day. The awareness was spread with the help of a street play by Team Dramebaaz of KJSIEIT. This drive was carried on 23rd of March, 2014 at Thakkar Bappa Colony in Kurla & Rafiq Nagar in Govandi, Mumbai.

IDF conveys special thanks to all the volunteers of KJ Somaiya Institute of Engineering & Information Technology for creating a wonderful social impact and spreading the message on World TB Day. Also thanks to our partner project Lok Seva Sangam for providing all assistance and support 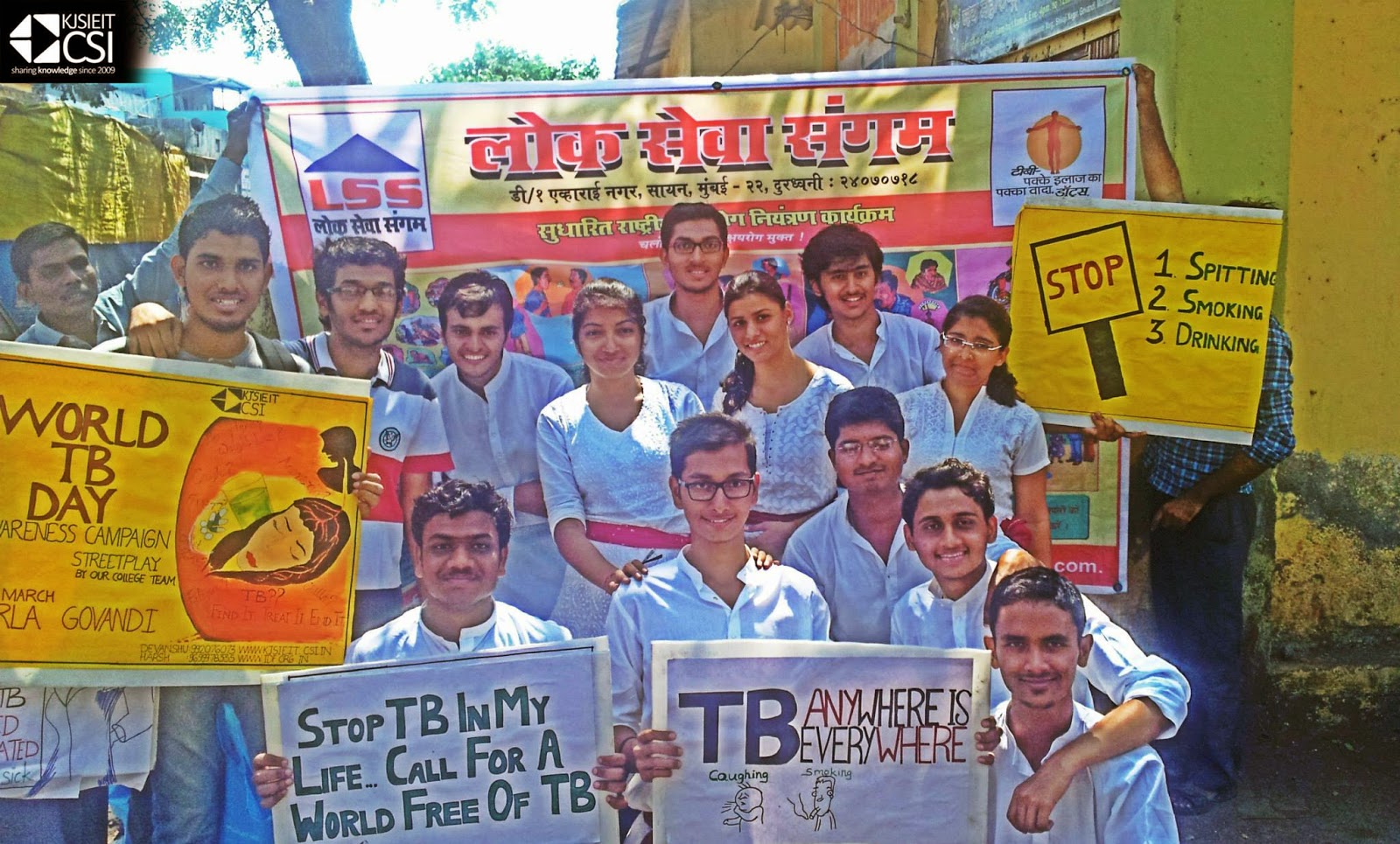 “You can treat people with TB normally; you can hug them, talk to them and give them moral support. TB is completely curable if diagnosed in time, but it is important that you complete the entire course of antibiotics,” explained the student, highlighting the threat of multi-drug resistant TB, caused mainly due to discontinuation of antibiotic course.

Many people received an awareness pamphlet and good number of them dropped in to read the charts on display in the main waiting hall of the station. 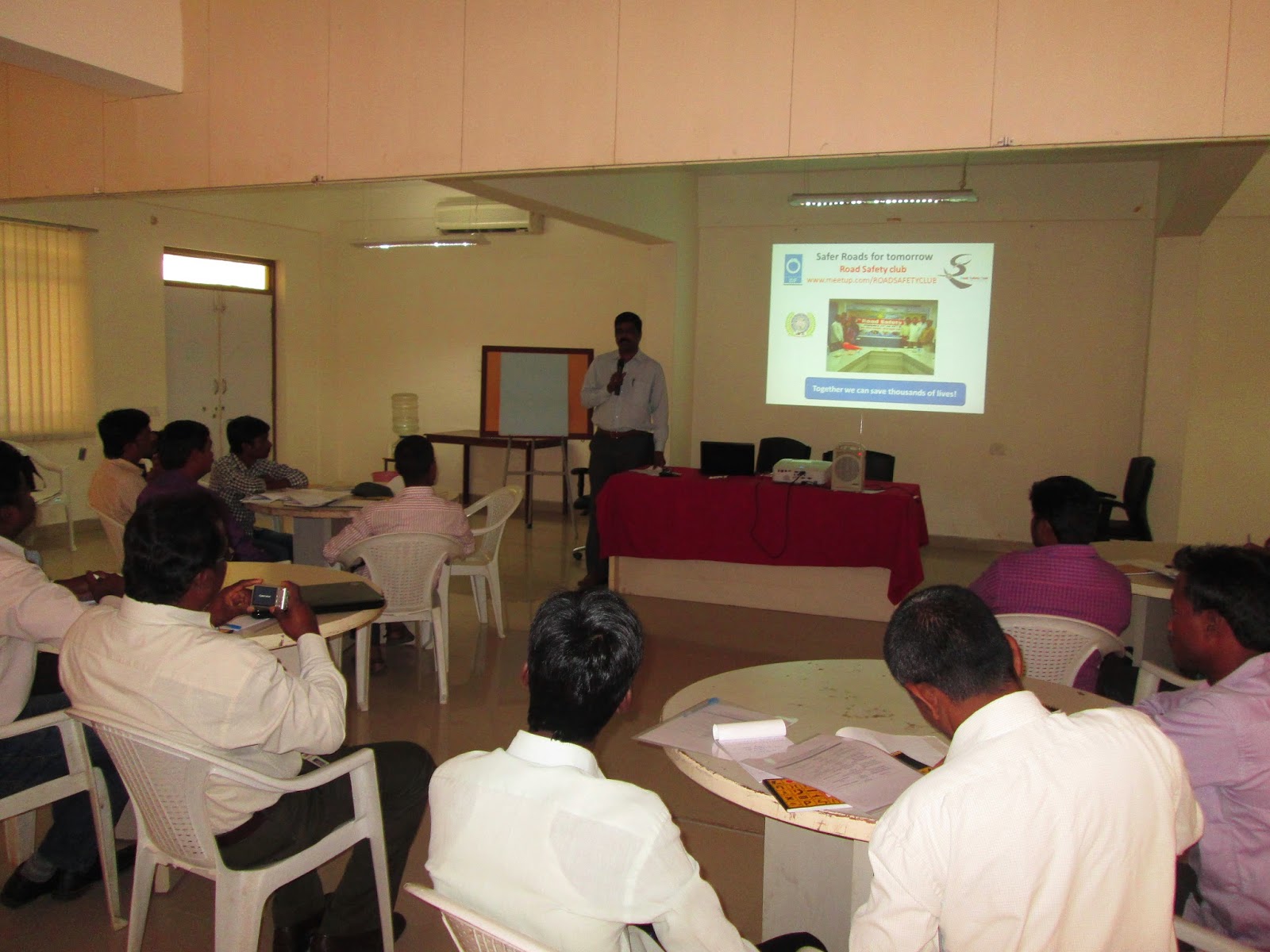 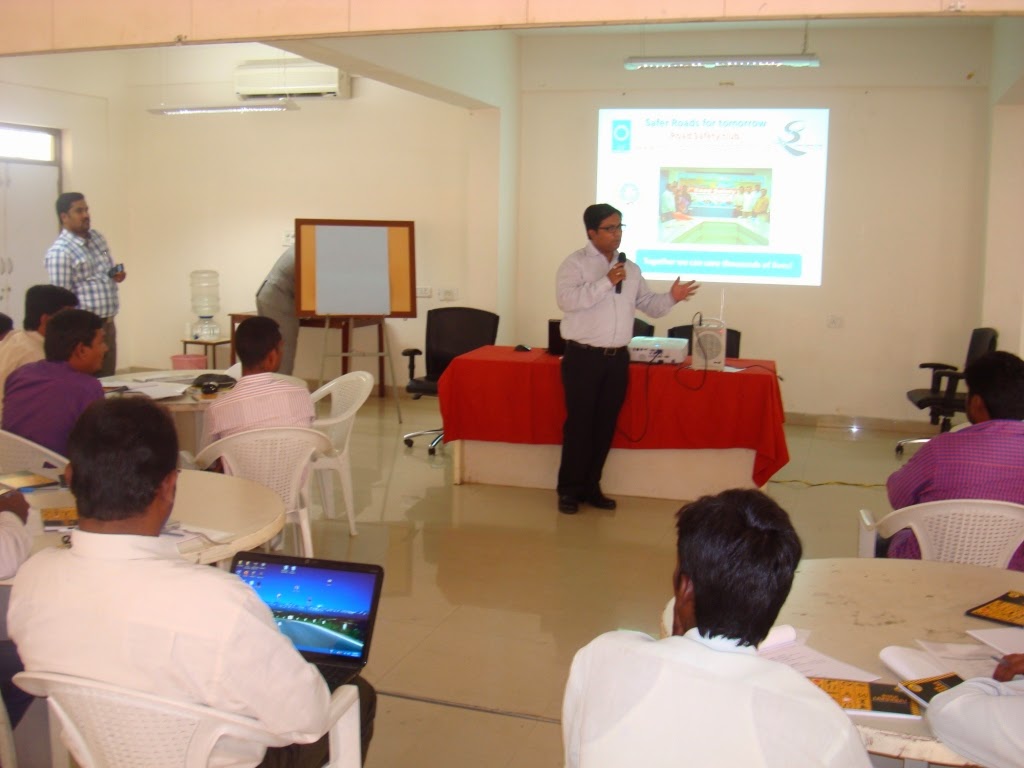 20 participants from Hyderabad - Bangalore, Hyderabad - Vijaywada and Hyderabad - Nizamabad highways and 40 drivers and staff of IOCL participated in the program.This was arranged in GMR Foundation campus which is located in Hyderabad Shamshabad airport. 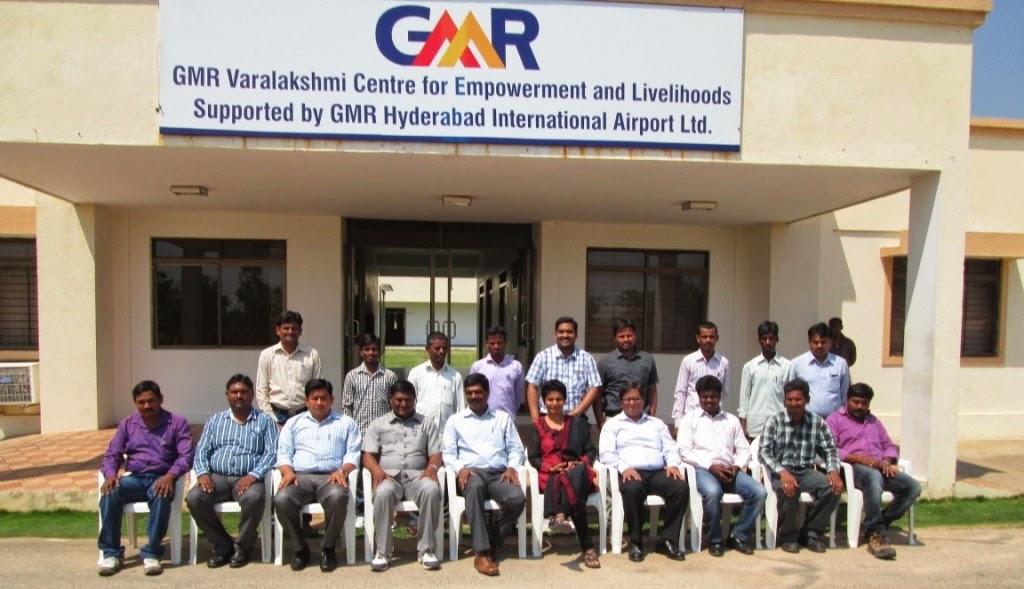 On the eve of  International Women's Day programme IDF organized a program  in St. Thomas Mar Thoma School, Mumbai.  The parents of the school children who are the members of the Sarva Sakhi Swabhiman (S3), Women Empowerment Project at the school were the invitees for the event. 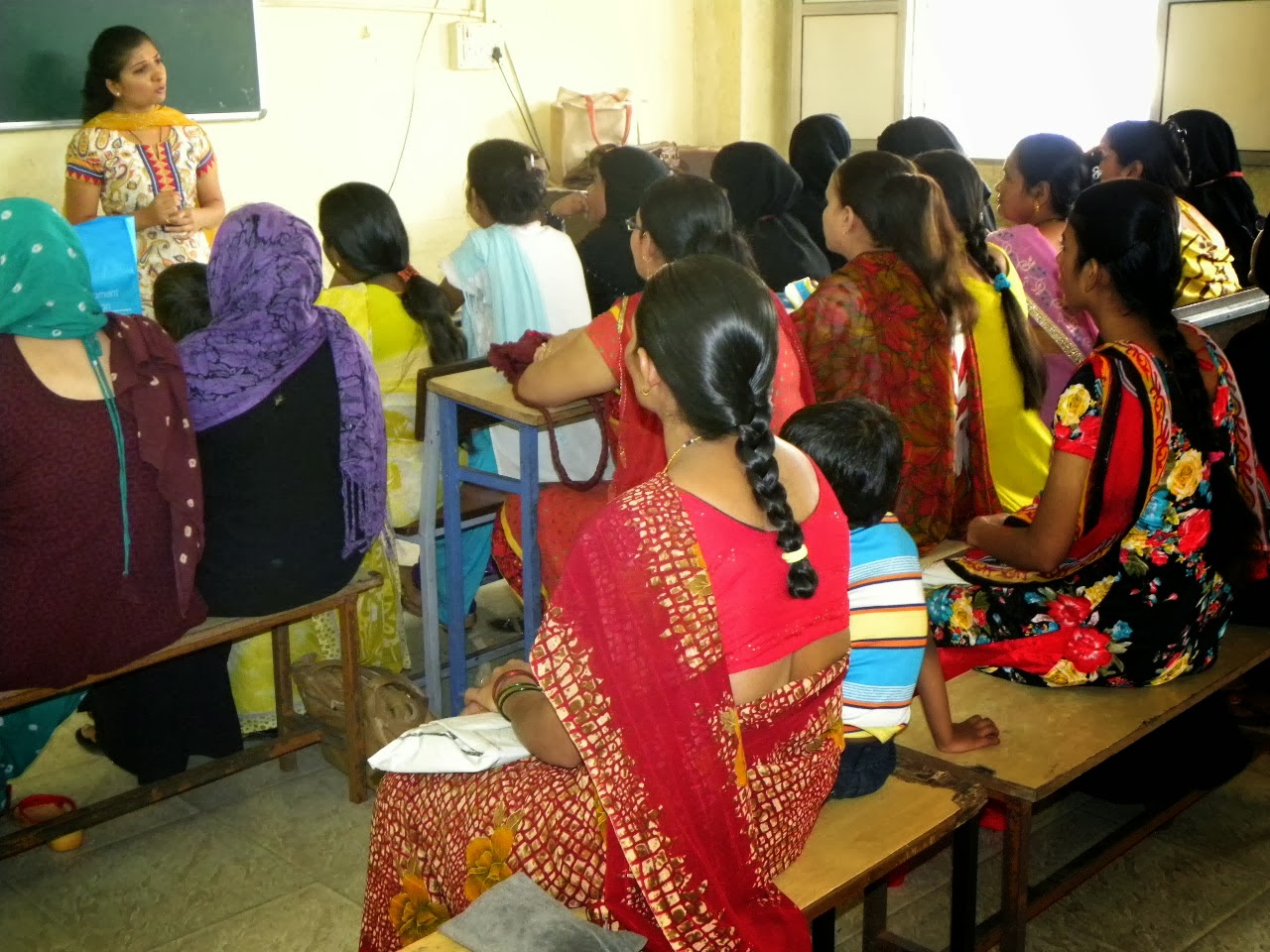 Ms. Meghna Popat- IDF Social Ambassador and a Clinical Psychologist spoke on the need of counselling to the present generation children and how mothers can be the Counselors. She also highlighted the importance of listening and understanding to the children's demands and needs. 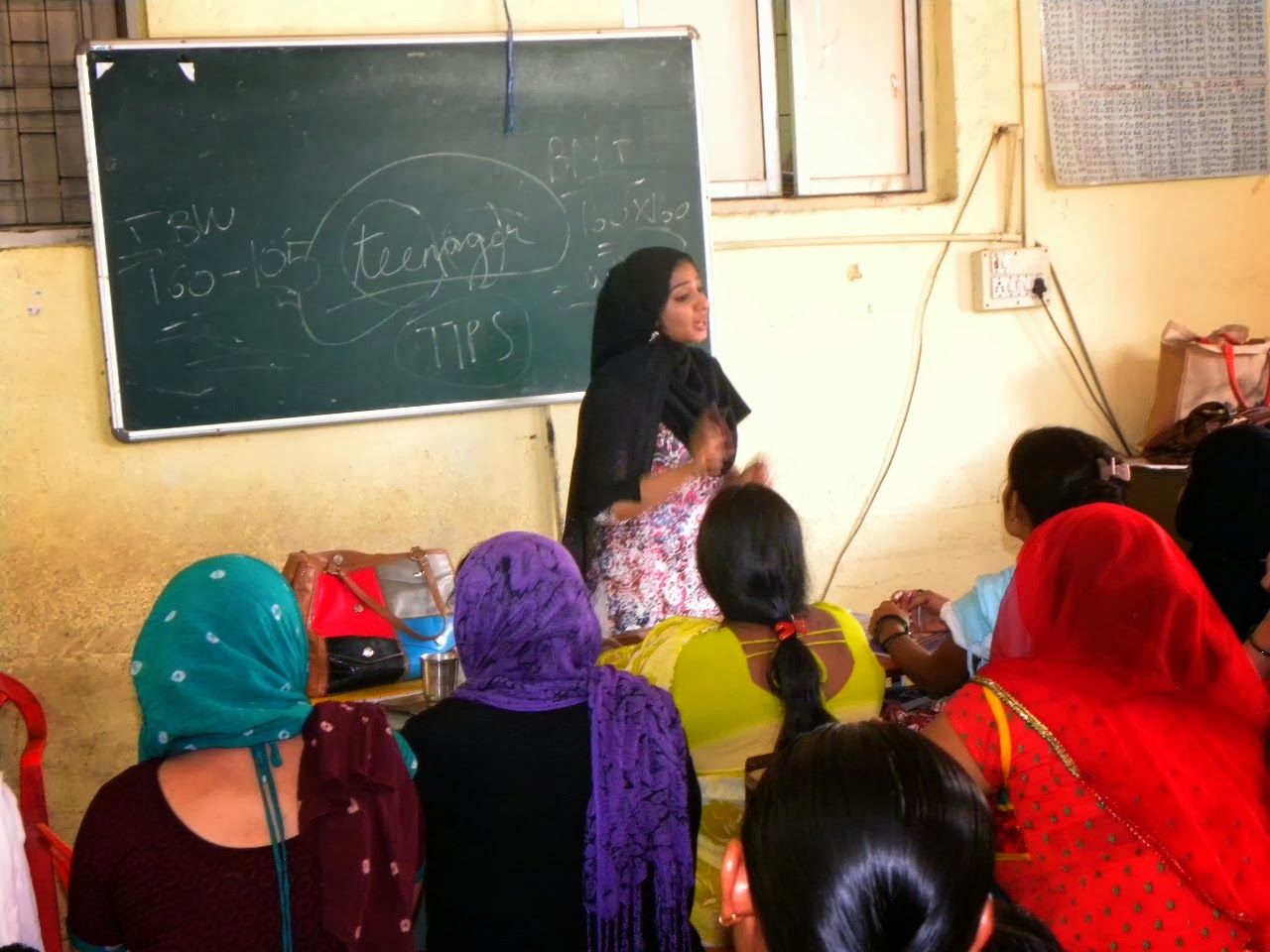 Ms. Shayada Sayani- IDF Intern and a Nutritionist highlighted the importance of the right diet. She also explained the parents, who is a healthy child? and how to keep track of the child's BMI (Body Mass Index)?.

IDF also donated three sewing machines to the empowerment group and provisioned for teaching the tailoring skill. The parents were happy to receive the machines and expressed their thanks & desire to learn tailoring. IDF appreciated the efforts of the teachers; Ms. Devi Nadar, Ms. Sangeeta Taksale, Ms. Mercy Francis and Principal Ms. Joice Dias towards the empowerment group. 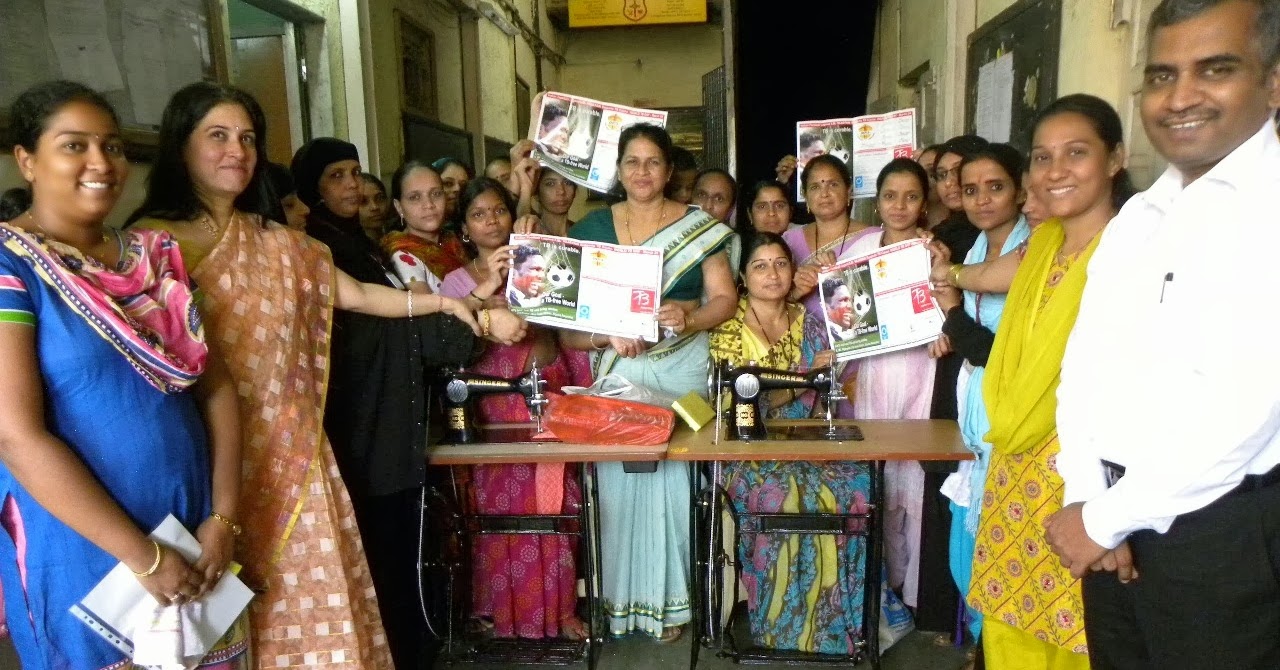 Dr. Narayan Iyer and IDF Educational Ambassador Mrs. Rekha Bajaj congratulated the parents and motivated them to continue with and excel in their efforts. 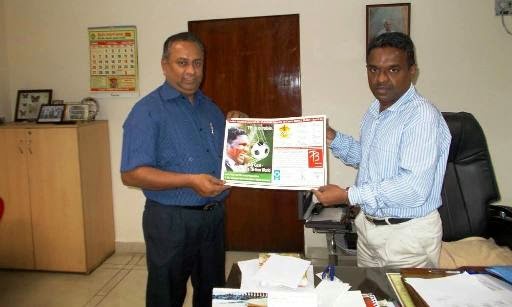 IDF thank the Postal Department for their excellent social support.
Posted by IDF Moments at Wednesday, March 12, 2014 No comments: 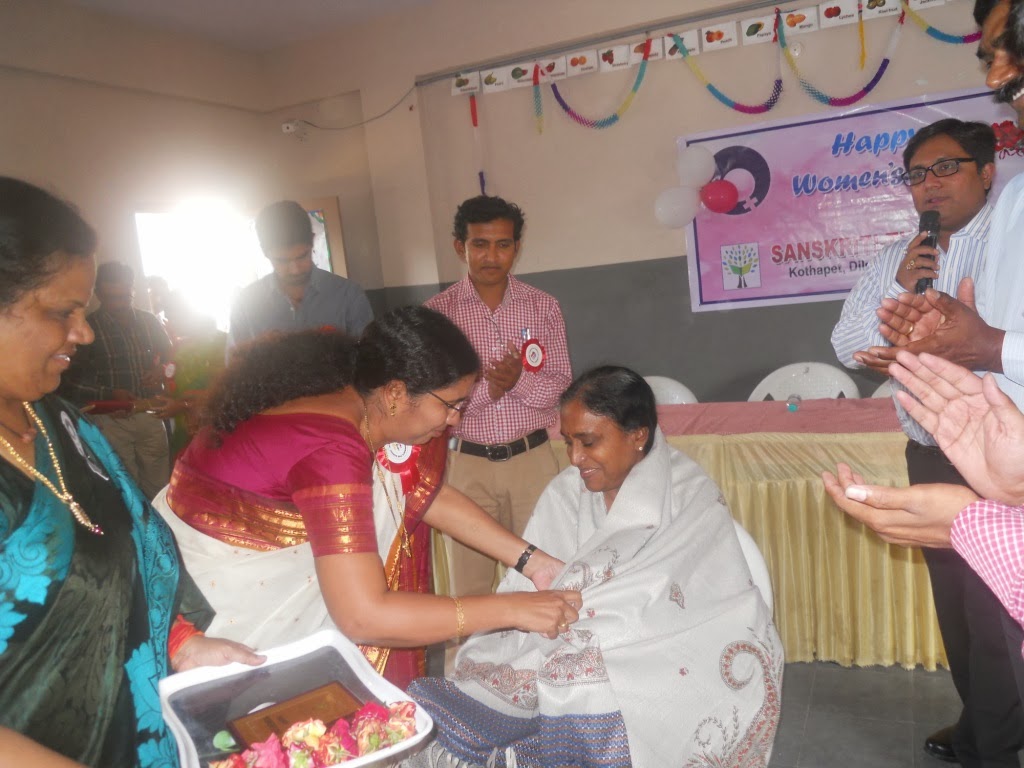 The parents of the school children and women from the locality were the invitees for the event. Mr. Sanjay & Mrs. Swati Principal , Sanskriti School spoke for the equality of the women and also distributed greeting cards specially prepared for the event.

Mrs. Vijayalaxmi, Founder, Center for Social service was felicitated for her excellent service to girl child and education to girl child. 5 more  women (mothers of the school children.) who have excelled in their respective fields were felicitated. Mr. Sanjay spoke on the  “He for She” campaign urging men to stand up for the rights of their mothers, sisters and daughters. 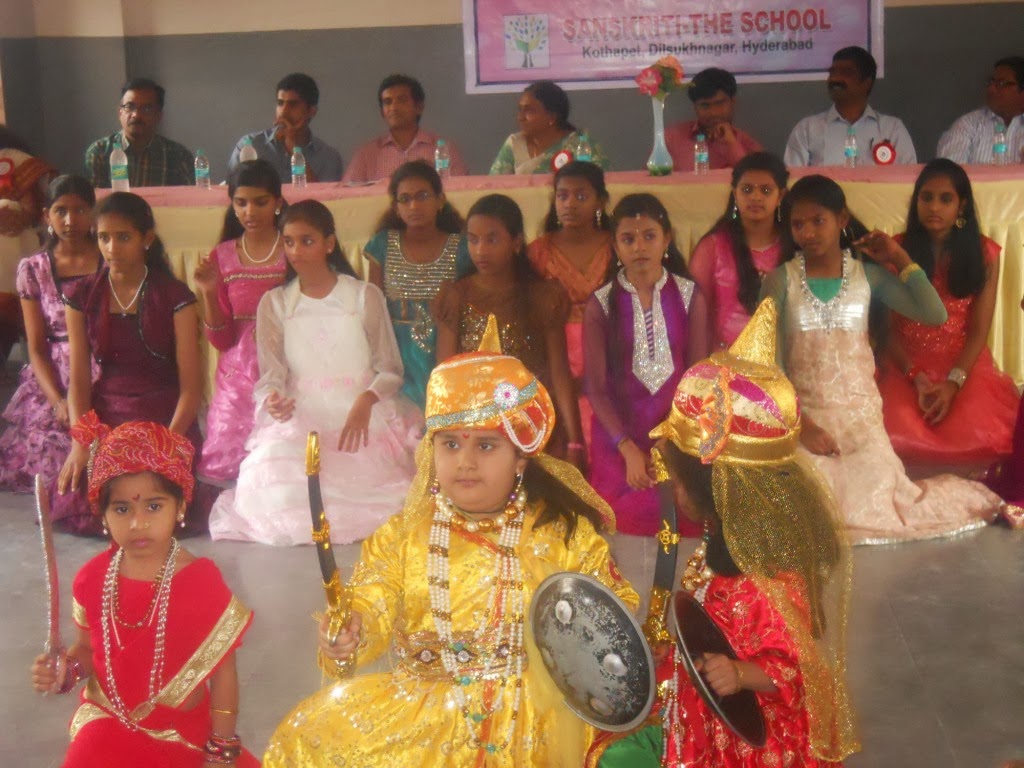 Dr. Sampath Goud , Research physician from National Institute of Nutrition  on "Health and Nutirtion for Women and Child - Simple tips for health issues, prevention and how to lead a better life".  Assisting Dr. Sampath were IDF social ambassadors Dr. Nikhil and Dr. Sravan. 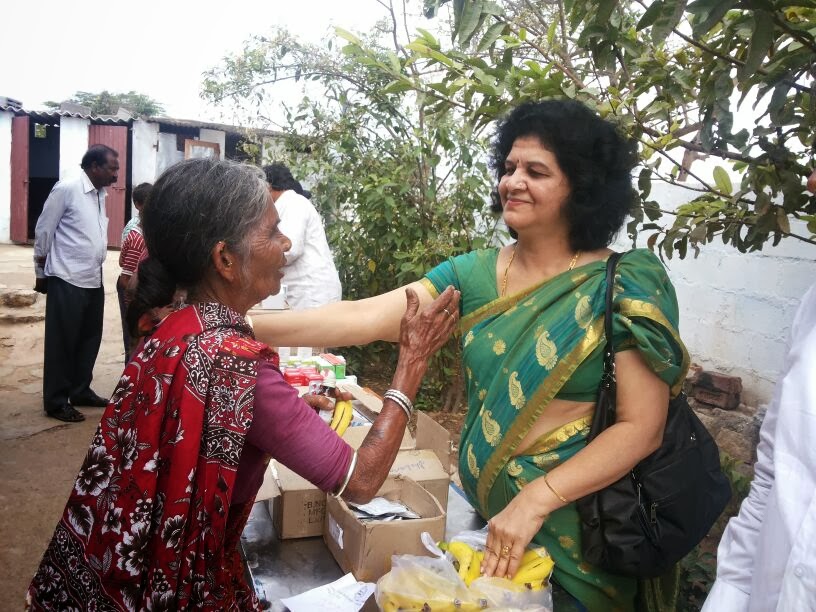 The newly designed Multi-lingual TB Awareness Posters will be available for distribution at educational institution/ Banks/ Corporate offices/ Trust Offices/ Co-operative Housing Societies and many other public spots for creating an impact during World TB Day. Do write to idfindia@gmail.com for TB posters and spread awareness.

Best wishes for all success in exams. 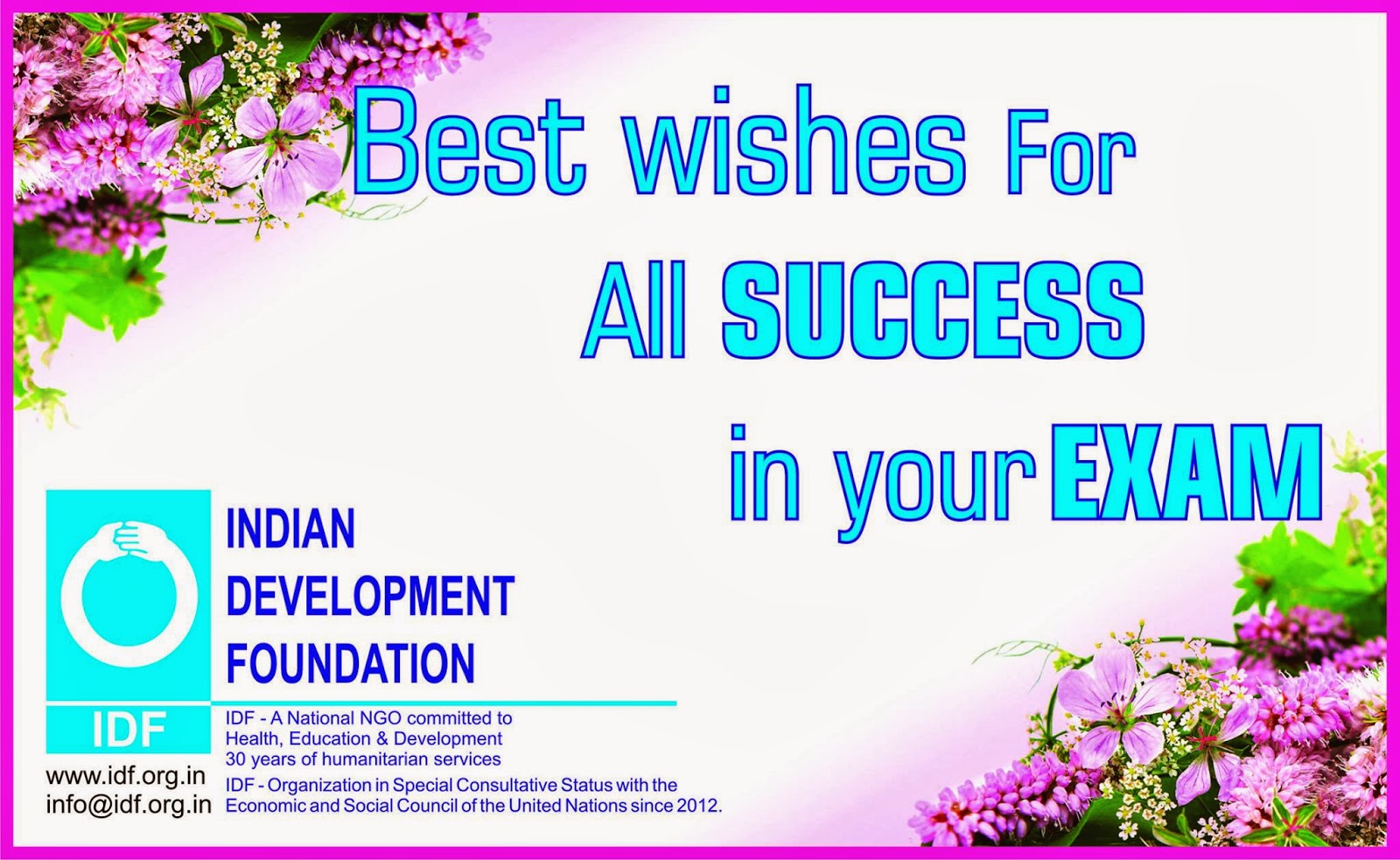 As students are gearing up for exams. Team IDF conveys best wishes.


"Success is the sum of small efforts, repeated day in and day out.”

IDF launched SENTHAMIZHIL BAL GURUKUL at St. Michael's High School, Madha Kottai, Thanjavur, Tamil Nadu to help children coming from the remote pockets and also from leprosy colony. Our special thanks to Rev. Fr. Arockia Anthony Raj, Headmaster of the school for extending all support. Ms. Manimala, Development Executive of IDF did the co-ordination in opening the Bal Gurukul.

IDF is committed to empower and ignite young minds.
You support, we do the rest !!! 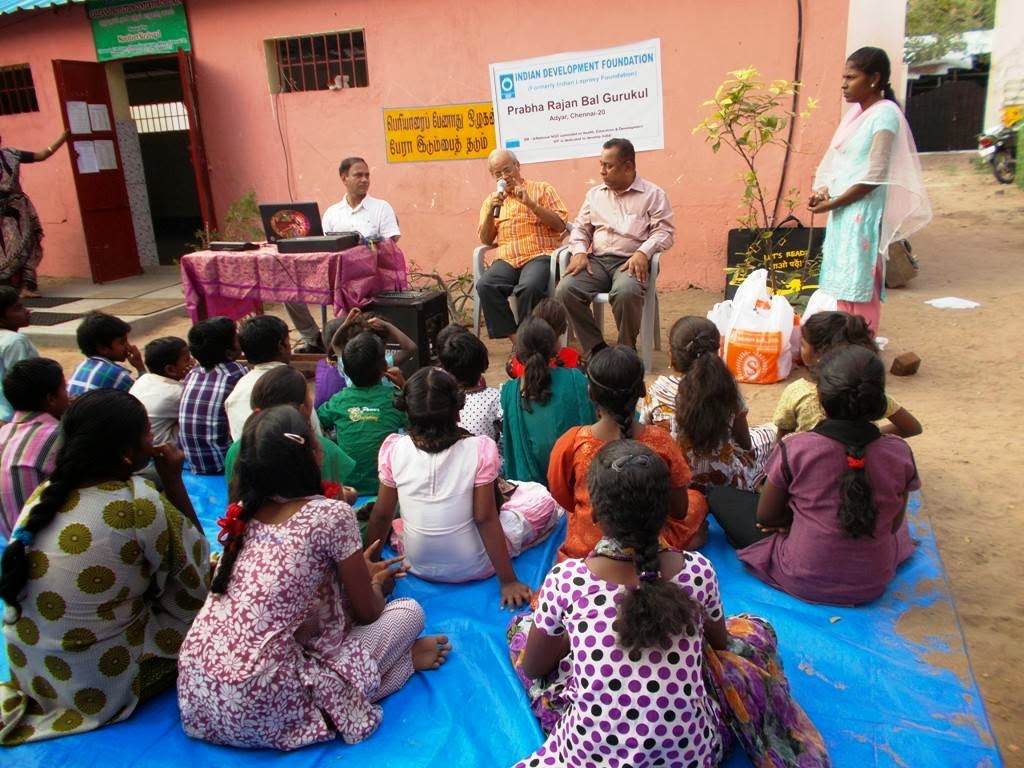 On National Science Day 2014 - Indian Development Foundation (IDF) launched two Bal Gurukuls at Chennai. Sir C.V. Raman Bal Gurukul for boys and Prabha Rajan Bal Gurukul for girls. Mr. Rajan was the chief guest for the function. He spoke about benefits of good education and encouraged the students to study well, also promised all possible support from his side. 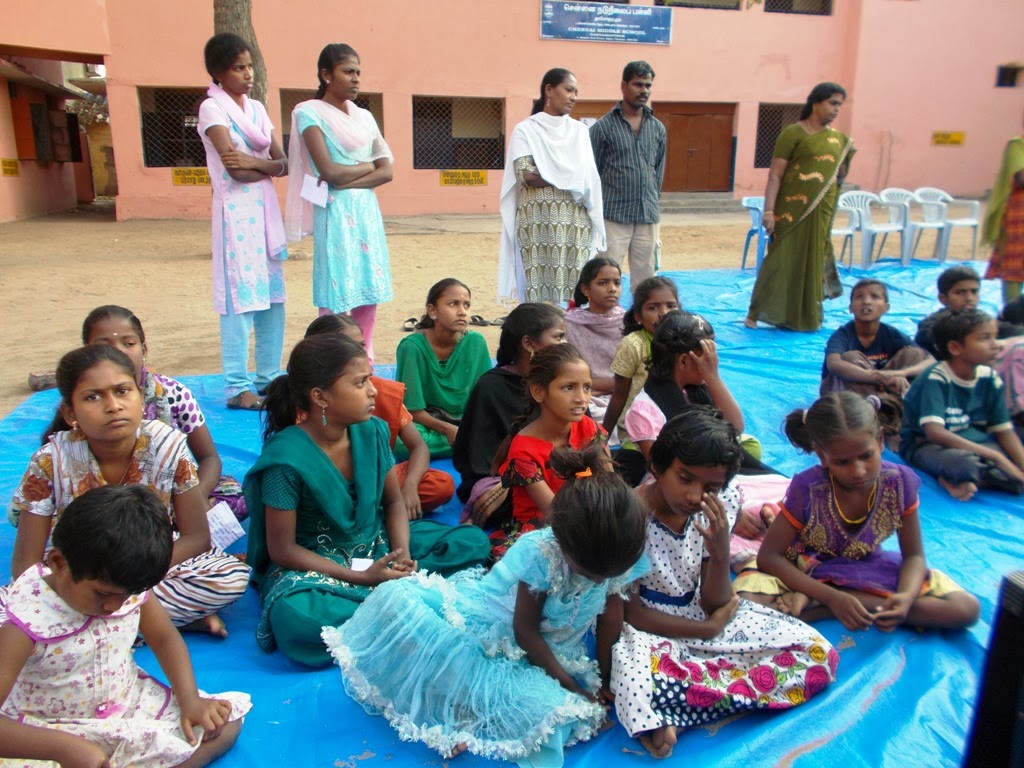 The students are from the Corporation Middle school, Thamodharapuram, Adyar, Chennai. The Bal Gurukul children are street children and the Chennai Corporation has given the responsibility of the education of the children to Montfort Siragugal. In the school campus children are provided with boarding facilities. It is a pilot project by Govt of Tamilnadu.

Rev. Bro. Mark appreciated the support extended to the children by Mr. Rajan and IDF.

IDF committed to spread smiles all around.