Posted by INDIAN DEVELOPMENT FOUNDATION at Friday, August 27, 2010 No comments: 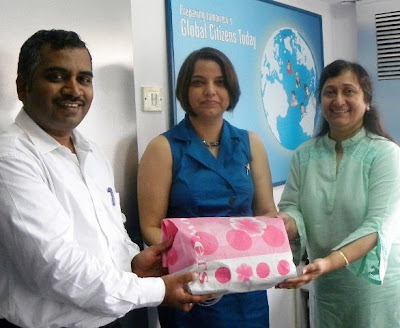 "I feel very happy in presenting the voluntary contributions made by my students for leprosy/ TB and education cause this very day which happens to be the centenary birthday of Mother Teresa who served for the cause of leprosy", said Dr. Vandana Lulla, Director of Podar International School as she presented donations to Dr. Narayan B. Iyer, CEO, IDF.

Mrs. Shahina Momin, Co-ordinator of the school felt happy about the students participation in social responsibility programmes of IDF.
Dr. Narayan Iyer thanked Podarites for the kind and continued support.
Posted by INDIAN DEVELOPMENT FOUNDATION at Friday, August 27, 2010 No comments: 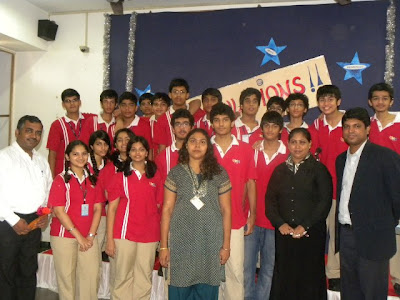 Vibgyor High's Student Social Responsibility Cell came out with a novel idea of organising business games among the school students and share the profit arising out of it for charity. Vibgyor High team decided to present the donation to Indian Development Foundation for its social objectives. The team has been coming up with new ideas and supporting IDF projects for a couple of years now.

India’s progress in leprosy eradication efforts has been spectacular and the participatory work by governmental and voluntary agencies is laudable, observed Lt. Gen. Ajai Barnabas Masih, UYSM in Mumbai on Wednesday. We are happy that the cherished dream of the Father of our nation for leprosy elimination has come true, he added. Lt.. General (Retd) Ajai Barnabas Masih was speaking as the Chief Guest of Indian Development Foundation’s (IDF) Foundation Day Function at Master Dinanath Mangeshkar Hall on 25th August 2010. He gave away IDF Grants to leprosy/ TB hospitals and projects in western region. 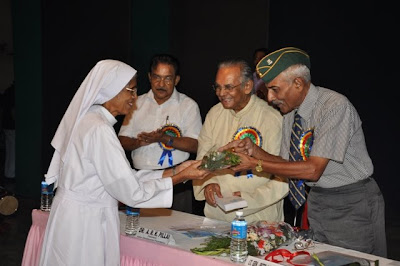 The Chief Guest also presented Awards to 27 Principals of Schools in Western zone with star performance record of leprosy awareness programmes and resource mobilisation and awarded Medals and certificates to 199 students for their signal contribution.

IDF CSR Awards for 2009-10 were presented to Bank of America, Educomp Solutions Ltd. and Halliburton for their excellent participation in social responsibility programmes of IDF. 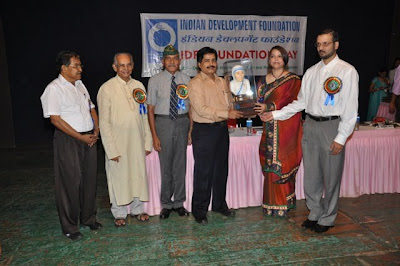 Mr. Huzaifa Khorakiwala, CEO, Wockhardt Foundation and Dr. Vandana Lulla, Director, Podar International School were the Guests of Honour for the function. They complimented Indian Development Foundation’s role in India’s fight against leprosy/TB and for widening its activities to include health care, education and development.

Dr. A.R.K. Pillai, founder President of the Foundation presided over the function.

Samarpita Mukherjee-Sharma speaks to Dr Narayan B Iyer, CEO and National Co-ordinator of Indian Development Foundation [IDF – formerly Indian Leprosy Foundation] about the campaigns they have taken up in the last 27 years. “IDF is a non-governmental organisation (NGO) which has neither sought nor received any government financial grants. IDF is not supported by any major foreign donor agency either. The Foundation believes in self-reliance and raises its own funds through public appeals,” informs Iyer.

Posted by INDIAN DEVELOPMENT FOUNDATION at Friday, August 20, 2010 No comments: 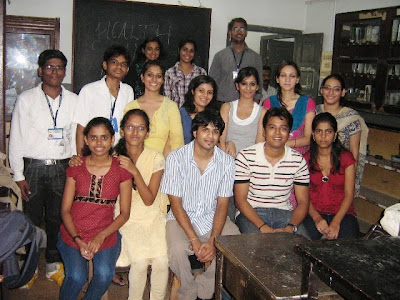 For more pics and details on iDiscover click the link given below.
http://indiandevelopmentfoundation.blogspot.com/search/label/iDiscover%202010 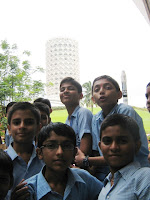 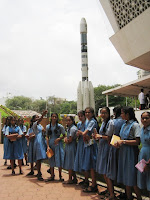 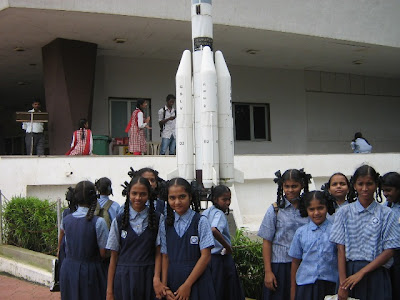 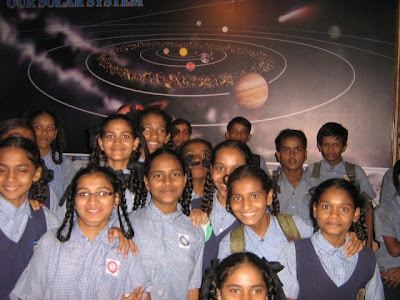 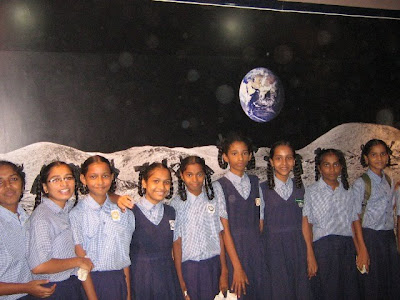 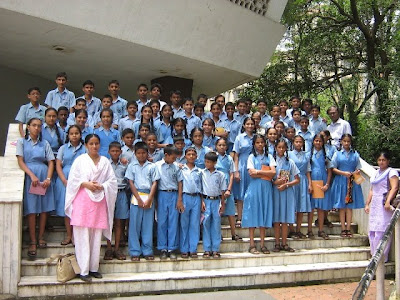 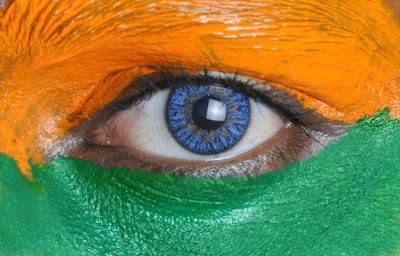 IDF WISHES YOU ALL A HAPPY INDEPENDENCE DAY
Posted by INDIAN DEVELOPMENT FOUNDATION at Friday, August 13, 2010 No comments:

Friends with a difference

Rotarian Sana Rupani from Rotary Club of Mumbai North End led a group of Innerwheel and Rotaract Club members to Vimala Centre to celebrate Friendship day with a difference. 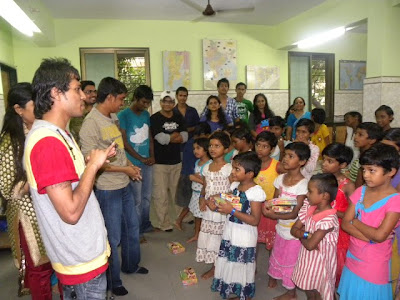 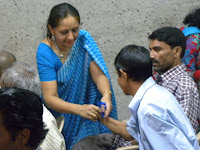 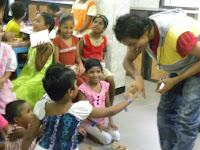 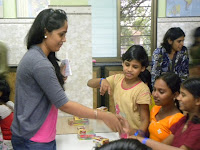 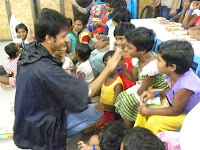 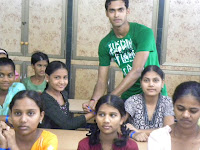 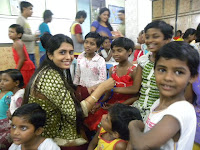 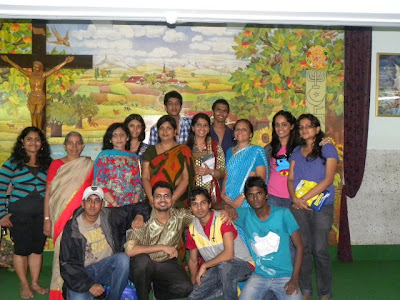 Posted by INDIAN DEVELOPMENT FOUNDATION at Monday, August 09, 2010 No comments: 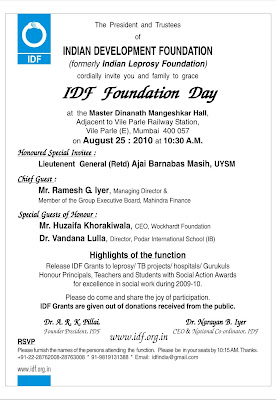 Posted by INDIAN DEVELOPMENT FOUNDATION at Thursday, August 05, 2010 No comments:

Posted by INDIAN DEVELOPMENT FOUNDATION at Thursday, August 05, 2010 No comments:

Goodness has no dimension 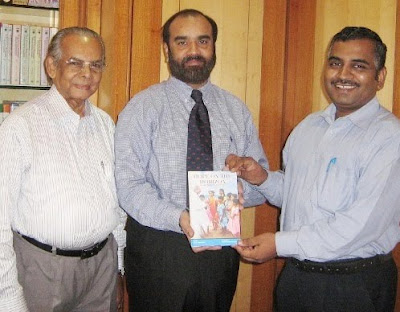 Mr. Ramesh G. Iyer, Managing Director & Member of the Group Executive Board of Mahindra Finance received Dr. A.R.K.Pillai and Dr. Narayan B. Iyer from IDF on 4th Aug. 2010.
Mr. Ramesh appreciated the work of IDF in the areas of health, education and rural development. `It is heartening to learn about students role in supporting IDF nation-wide programme and I wish congratulate young children for their social participation', said Mr. Ramesh.
Mr.Ramesh expressed happiness to participate in IDF Foundation Day function scheduled on 25th Aug. '10 in Mumbai. 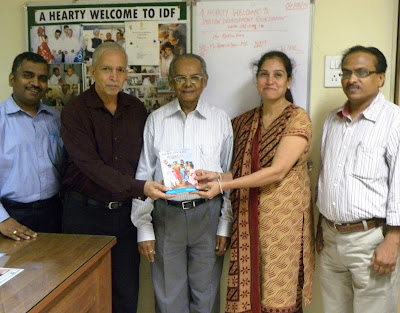 While the visiting team expressed their happiness on meeting Dr. Pillai, they assured their support and co-operation in the social responsibility initiatives of the Foundation. Dr. Pillai and Dr. Narayan thanked Mrs. Rekha Bajaj for sponsoring a student in IDF Bal Gurukul.
Posted by INDIAN DEVELOPMENT FOUNDATION at Wednesday, August 04, 2010 No comments:

"Shoot at sight" for a cause 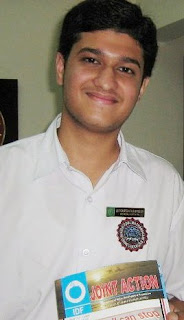 There are causes and there are concerns, just as there are crisis and there are complications. Poverty, terrorism, global warming; no dearth of social issues, endless list of hurdles …But then someone's got to walk the talk and make a difference where it matters. Fortunately, these young documentarians have set the camera rolling in the right direction, are zooming in at the right issues and are playing just the right role behind the lens......................

There are plans in place for future too, for shouldn't the show go on, shouldn't the reel stop rolling. Adds Utkarsh, "In another two weeks I'm off to join the University of Illinois but around December is lined up another NGO in Rajasthan that's working for leprosy patients. People here get training for free in fields like electronics, auto repairing, tailoring. I want to pick up two three people and tell their story."