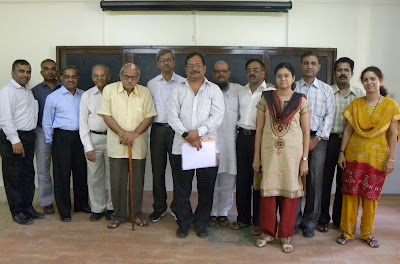 Members of Acworth Leprosy Hospital - Research, Rehabilitation and Education Society and Hind Kusht Niwaran Sangh (Maharashtra Branch) met at the A.L. Hospital, Wadala, Mumbai on 31/10/11 and discussed on the various leprosy eradication programmes in Maharashtra and steps to empower and enlighten the persons cured of leprosy.

IDF WISHES YOU ALL A HAPPY DIWALI 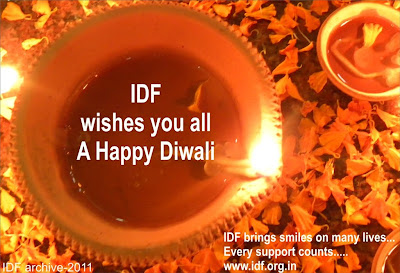 This Diwali, let's brighten up a child's life. Educate a child.....Enrich your life.
Posted by INDIAN DEVELOPMENT FOUNDATION at Tuesday, October 25, 2011 No comments:

A step towards making the garden city greener 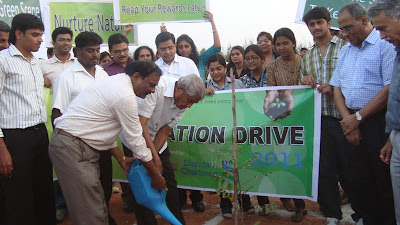 organized at Jade Garden, Sadahalli, Bengaluru, Sri Ramachandra Gowda, Deputy Chairman, Karnataka State Planning Commission said that planting trees was no more for the pleasure of the eyes or for decoration but for our survival. He appreciated the efforts of Jade Garden Plot Owners Association (JGPOA), Standard Chartered Bank (SCB) and Indian Development Foundation (IDF) and stressed that such initiatives should be replicated in good members by the people from all walks of life. 700 plants at one go was planted at Jade Garden by IDF and SCB Social Champions on 22nd Oct. 2011. 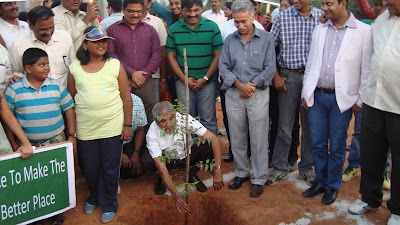 Talking on the occasion, Dr. S. Franklin, Manager - Southern Region of IDF said that the Plantation Drive was a pan India program jointly organized in collaboration with Standard Chartered Bank. According to him the program aimed at impressing upon the urban elites towards creating greener cities across the country. He appreciated SCB team for spending useful resource for a green earth movement and involving its staff for the noble cause. He praised JGPOA for gracefully coming forward to allot a large space of its residential premises for the cause of green earth and a healthy environment. 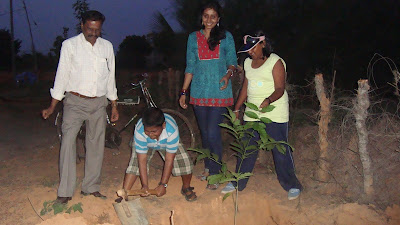 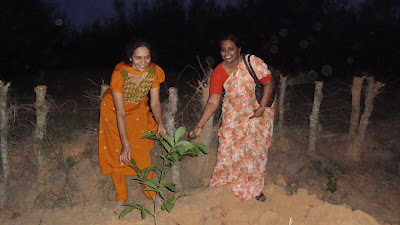 Mr. A. G. Prakash, Principal of Sri. Ayappan High School, Jayamahal, Bengaluru lamented the gradual depletion of forests in India. Attributing the scenario to ignorance, he called for planting more number of trees towards good heath and well being of our people. He appreciated the wonderful humanitarian and nation building activities undertaken by IDF.
Neha, student of CMR Institute of Technology, Bengaluru talked on the importance of planting trees. IDF young social ambassador Karan Dravid (12), administered oath towards protecting the nature.
Earlier, Capt. Vikram Diesh, Hon. President of Jade Garden Plot Owners Association, welcomed. Mr. Ravi introduced the guests. Mr. Gururaj, Hon. Secretary of JGPOA made all the arrangements in a fitting manner.
Mr. Muthukumar, Mr. V. Narayan, Mr. Rajiv Nair, Mr. Rohit and several other important functionaries from Standard Chartered along with a good number of social champions from the bank, Students and staff from leading educational Institutions, Members of NGOs and JGPOA took part in the event with zeal and enthusiasm.
Posted by INDIAN DEVELOPMENT FOUNDATION at Saturday, October 22, 2011 No comments: 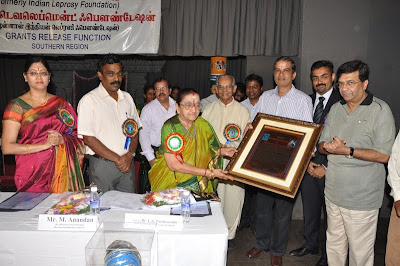 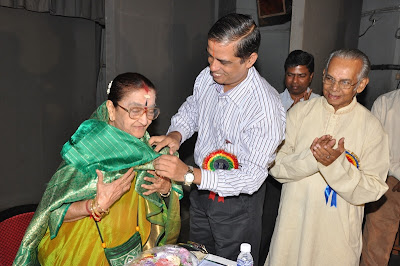 Mr. N. R. Murali, Dy. Commissioner, Kendriya Vidyalaya Sangathan presented IDF Karmayogi Award 2011 to Padma Shri Dr. (Mrs.) Y.G. Parthasarathy, Dean and Director of PSBB Group of Schools for her sterling contributions in the field of education in India. YGP's diverse interests in enterprising strides, futuristic thinking, boldness in action and overflowing goodness mark her out as a Titan among modern Indians, expressed Mr.Murali while presenting the Karmayogi Award to the octogenarian.

Dr. A. R. K. Pillai, founder President, Indian Development Foundation congratulated Dr. YGP for getting this prestigious award and said IDF has been giving IDF Karmayogi Award once in an year in national level for to change-makers and Titan of India. People who give importance to their Karma and do their best for the society need to be bestowed with such prestigious awards. IDF started giving IDFKarmayogi Award from 2009 and Dr. YGP is the third recipient and first in Tamil Nadu. The earlier recipients of this Award are Dr. H. Sudarshan (2009), Hon. Secretary, Vivekananda Girijana Kalyana Kendra, BR Hills for Tribal development and Mr. Pabudan Singh (2010), Chairman of Tagore Group of Institutions in Jaipur for education development programmes in Rajasthan.

Thanking IDF, the octogenerian Dr.YGP said education is very important in life which can transform and individual towards a better life. PSBB Group will ever remain committed in providing excellent education with utmost devotion and dedication. 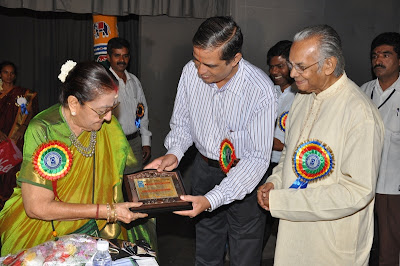 IDF News in THE HINDU, Coimbatore 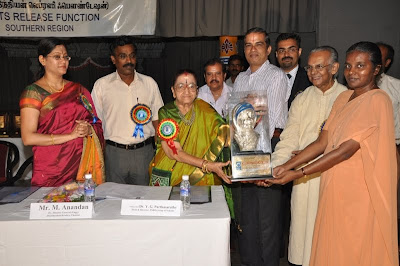 The Mother Teresa Memorial Award was presented to St. Francis Anglo Indian High School at a function held at Bharathiya Vidya Bhavan in Chennai on Wednesday. The award instituted by the Indian Development Foundation (IDF) is given to schools for excellence in social responsibility, health awareness programmes and mobilising voluntary resource.
The school bagged the award for its outstanding service in mobilising resources for TB and leprosy treatment. Rev. Sr. Alphonso, Principal, received the award from N. R. Murali, Deputy Commissioner, Kendriya Vidyalaya Sangathan. “India's progress in leprosy eradication efforts had been spectacular and the participatory work by governmental and voluntary agencies was laudable,” said Mr. Murali, who was the chief guest for the event.
He presented awards to the principals of 89 schools in Tamil Nadu and Puducherry for their contributions in leprosy/ TB awareness programmes and resource mobilisation. He also awarded medals and certificates to 536 students for their meritorious achievement.
Dr. A.R.K. Pillai, founder president, IDF, presided over the function. IDF had earmarked grants of Rs.60 lakh to 120 health/ development projects all over India. Grants to leprosy/ TB hospitals and projects in Tamil Nadu, Andhra Pradesh and Kerala regions were also distributed.
M. Anandan, Deputy Director, Doordarshan Kendra, Chennai; Chitra Prasad, Correspondent, NSN Matric. Hr. Sec. School; and J. Ravichandran, CEO, German Leprosy and TB Relief Association, were the guests of honour.

- Courtesy - The Hindu, Coimbatore - 14-10-2011
Link to the newspaper
http://www.thehindu.com/news/cities/Coimbatore/article2536934.ece
Posted by INDIAN DEVELOPMENT FOUNDATION at Friday, October 14, 2011 No comments: 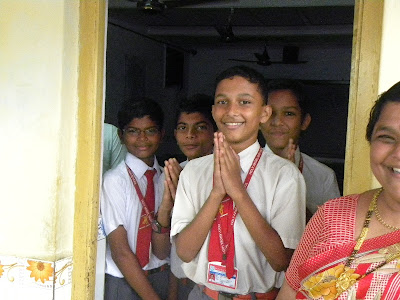 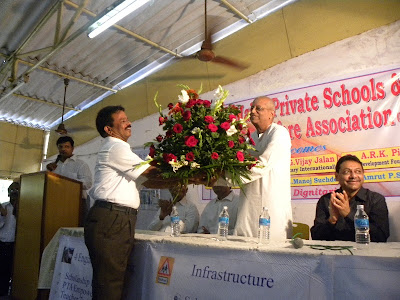 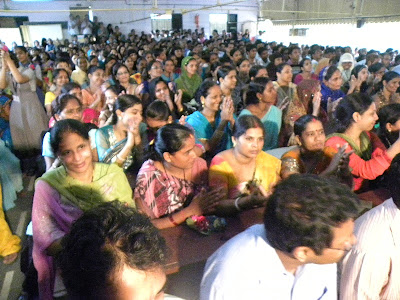 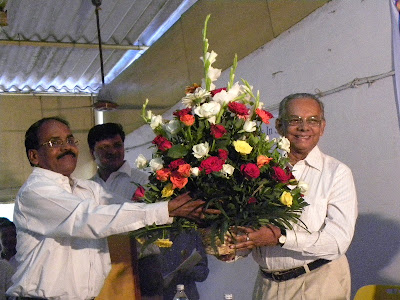 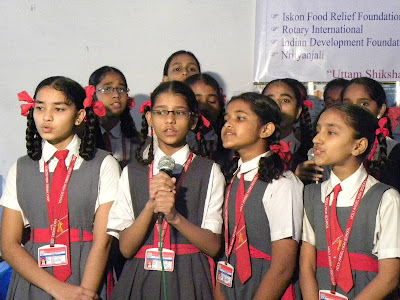 Posted by INDIAN DEVELOPMENT FOUNDATION at Saturday, October 08, 2011 No comments:

IDF events in Chennai and Bangalore 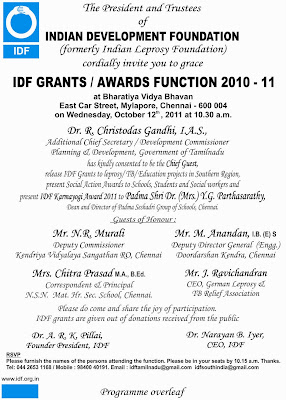 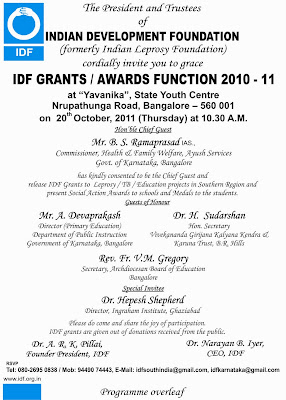 Posted by INDIAN DEVELOPMENT FOUNDATION at Thursday, October 06, 2011 No comments: 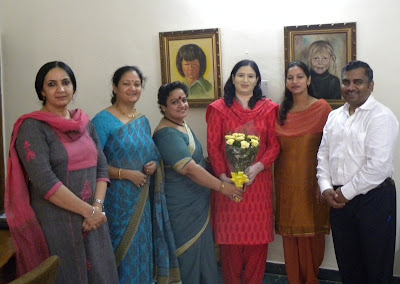 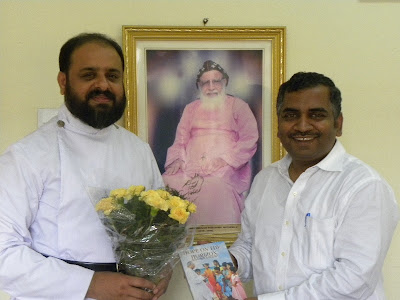 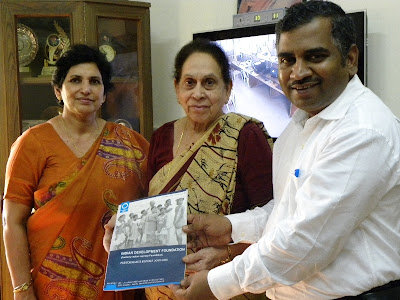 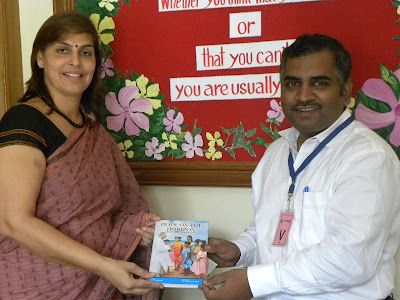 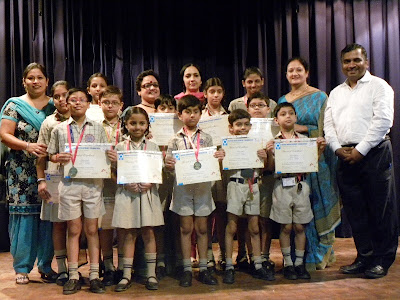 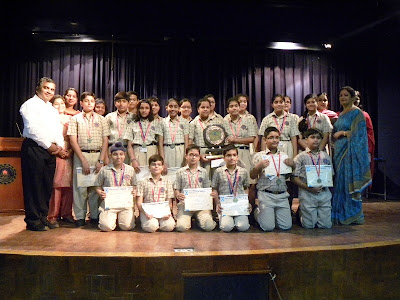 Posted by INDIAN DEVELOPMENT FOUNDATION at Wednesday, October 05, 2011 No comments:

"Be the change you want to be" 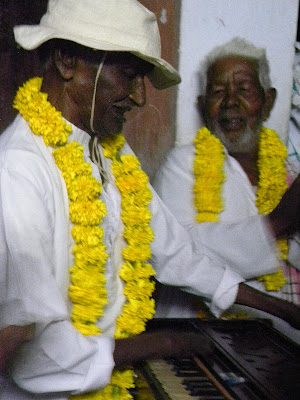 ‎"Leprosy work is not merely medical relief,It is transforming frustration of life in to joyof dedication, personal ambition into self-service".................words of Mahatma GandhijiThe cherished dream of a Mahatma Gandhi has come true.
(Oct 2 : Gandhi Jayanti) 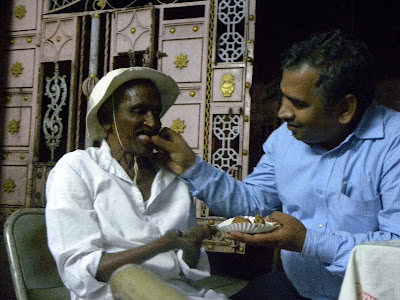 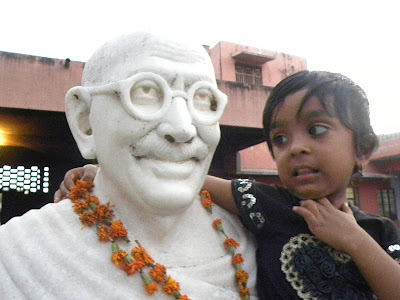 When i said it is the Birthday of Bapuji, a little girl wanted to greet the great man personally......I could not stop but to get her closer to Bapuji. A great feeling for the young girl to have a closer look on the man who resides in millions. "Bande mein tha dum........Vande Mataram"., said Dr.Narayan 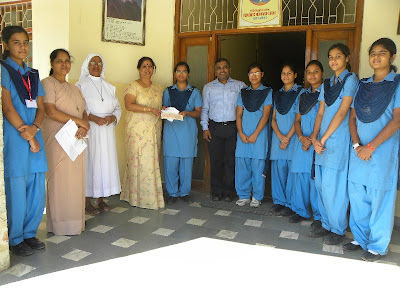 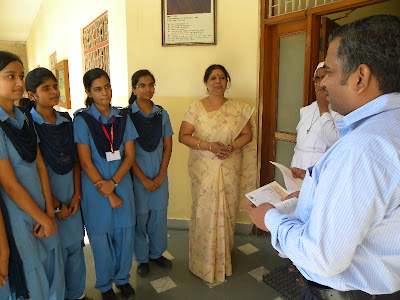 St.Angela Sophia Sr. Sec. School, Jaipur presented the voluntary contributions mobilised for the cause of leprosy/ TB and education programmes of Indian Development Foundation. Rev. Sr. Helen, Principal of the school congratulated IDF for the wonderful social programmes carried out in Rajasthan and other parts of India. She also felt happy that her students are constantly supporting various social causes, particularly leprosy and get the feeling of satisfaction and happiness.

Dr. Narayan Iyer and Mr. Simon Peter thanked Sophia Team for the kind and continued support extended to IDF and appreciate the social responsibility of the young minds. The voluntary support given by every student will mean a lot to the poor and the needy, Dr. Narayan said.

Posted by INDIAN DEVELOPMENT FOUNDATION at Saturday, October 01, 2011 No comments: