It was a wonderful meeting that we had with Mr.Subodh Kumar IAS, Municipal Commissioner of Mumbai at the Rotary Club organised event on 29/03/2012. We congratulate Commissioner Sir for the excellent management and control of the commercial capital of India. He is a great asset to the city.
— with Ark Pillai and Aunali Rupani at The Club.
Posted by IDF NILESH at Saturday, March 31, 2012 No comments:

The "Aadhaar" of India !!! It was indeed a great honour to meet Mr.Nandan Nilekani, Chairman of the Unique Identification Authority of India (UIDAI) at the Innovation for India Awards 2012 organised by Marico Innovation Foundation at NCPA, Nariman Point, Mumbai on 30th March 2012. UIDAI received the Innovation Award 2012 for excellent innovation designed in India.

The founder President of Indian Development Foundation, Dr.Ark Pillai distributing water to the walkers who are on the move to protect the Mother Earth.

A Green Walk organised by Indian Development Foundation and Standard Chartered Bank.
— with Ark Pillai at Mulund.
Posted by IDF NILESH at Friday, March 30, 2012 No comments:

IDF at Birkbeck University of London

— with Sanjib Bhakta and Suja Chandran at Birkbeck, University of London.
Posted by IDF NILESH at Tuesday, March 27, 2012 No comments: 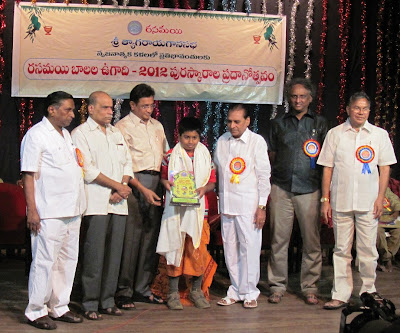 IDF Social Ambassador G.R. Shankersai was awarded with `UGADI PURASKAR AWARD' at Thiyagaraya Gana Sabha, Hyderabad, Andhra Pradesh on 25-03-2012. The Award was presented at the hands of Padmabhushan Shri Varaprasad, Chairman of the Sabha and Dr. M.K.Ramu, Director of Ramasayee Cultural Organisation, Hyderabad.

IDF Coimbatore news in The Hindu 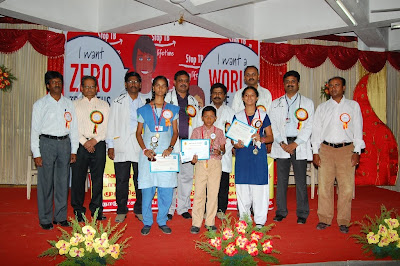 The prize winners of essay competitions conducted by Indian Development Foundation were announced at the event. 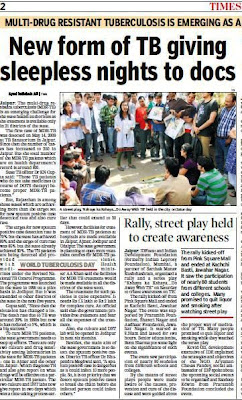 IDFnext and Indian Development Foundation (formerly Indian Leprosy Foundation), Mumbai, a partner of Sarthak Manav Kushthashram, organized a rally and a street play "Kshaya ka Kshaya...Do Away With TB" on Saturday to create awareness on TB.The rally kicked-off from Pink Square Mall and ended at Kachchi Basti, Jawahar Nagar. The event was supported by Prarambh Foundation, Shastri Nagar and Aadhaar Foundation, Jawahar Nagar. It started at 8.30am and lasted for two hours. Senior educationist, Renu Sharma put some light on the significance of such events.The event saw participation of nearly 80 students from different schools and colleges.By the means of street plays people were made aware of the causes, prevention and cure of the disease and were guided about the proper way of medication of TB. Many people promised to quit liquor and smoking while they watched the street play.Kovid Oli, development executive of IDF, explained the strategies and objectives of the NGO. Aryaman Chetas Pandey, social ambassador of IDF spoke about the upcoming social events to be organized and Sandeep Edwin from Prarambh Foundation concluded the event.
CLICK : TIMES OF INDIA for complete news.

Indian Development Foundation in collaboration with GREMALTES Hospital organised a TB Awareness Rally at Marina Beach, Chennai on World TB Day, 24th March. Cine Star Y. Gee. Mahendran flagged off the rally from Light House in Chennai and walked along the crowd of nearly 1000 students and NCC volunteers who were gathered to support TB cause and spread awareness to the masses. The rally concluded at Labour Statue. Students distributed posters which had the endorsement from Olympian and India's Ace Shooter Gagan Narang saying `Let's shoot out TB.....TB is curable".
— in Chennai, Tamil Nadu.

erforming Arts team, was well designed to create an impact among the people and remove superstitious belief. Rotarians included - Dr. J. B. Vyas, Ramesh Kurup, J.B. Jain, Aunali Rupani, Sana Rupani, Ananya Save and many others joined IDF Social Ambassadors in distributing TB Awareness Posters to all those present at the venue. Mrs. Grace Pinto, Counsellor of the Medical unit of Rotary Club of Mumbai North End at Cooper Hospital, rendered an excellent support. The entire act of creating TB Awareness and the role of students in social causes were appreciated by Dr. Maya Wadgaonkar, Matron of the Hospital. Volunteers from DJ Sanghvi College of Engineering helped in the co-ordination.

IDF TB Awareness - Street Play organised on Gudi Padwa (23/03) on the eve of World TB Day 2012 at Sai Nagar and Borsapada slums in Kandivali West, Mumbai. Team from Usodeum Performing Arts did an excellent job in creating massive awareness to the public in these two localities. Mr. Rajiv Desai from Pro+Fit supported the programme and appreciated the work of Indian Development Foundation.

IDF team organised a Mass TB Awareness on the eve of World TB Day at Juhu Beach, Mumbai on 23-03-2012. The awareness message was well received by the visitors and general crowd. Dr.Narayan Iyer and Dr. Sharad Nayampally addressed the audience and it was widely covered by Doordarshan. The performers from Usodeum Performing Arts did an excellent impact of awareness among the masses.
— at Juhu Beach.
Posted by IDF NILESH at Friday, March 23, 2012 No comments:

Click here for the complete Album
Posted by IDF NILESH at Wednesday, March 21, 2012 No comments:

The students of Sudhagad Educational Trust's Secondary School at Chindran, Panvel, Maharashtra are all smiles and extremely happy as they receive the basic facilities for their school viz., water, sanitation and electricity......IDF runs Tilak Bal Gurukul in this school and students perform exceeding well in their academics scoring 90%+ marks........IDF wishes to express sincere gratitude to Varun Industries Ltd. team for extending wonderful support in providing basic facilities to the school under their CSR programme.....IDF is committed to bring smiles on many lives. :-) Educate a child...Enrich your life !!!
Posted by IDF NILESH at Monday, March 19, 2012 No comments:

Indradhanush-Painting Exhibition was indeed a feast for ours eyes

The young artists of Gurukul High School and Holy Mother High School were honoured for their excellent painting skills by Mastek Foundation. It was a great feeling to be with the young minds who visualized things which they have never seen in life.....Monuments of India, Tribals of India, Festivals in India and Incredible India.......Young Tanya who painted Red Fort expressed her feeling to visit once in her life time.......`Indradhanush' Painting Exhibition was indeed a feast for our eyes. (17-03-2012)
— at Malwani, Malad, Mumbai.
Posted by IDF NILESH at Sunday, March 18, 2012 No comments: