The Editor
Joint Action
(A magazine of IDF)

All the articles were readable and useful for medical and non medical people.

I am glad that school children are taking interest in the eradication of LEPROSY and TB. All the students are well versed in the above diseases and they are the future citizens who shape the health of the nation.

I am also happy to note all your team leaders are taking active part in your effort to eradicate these two diseases from the world.

Services of Dr. Franklin in Karnataka, Mr. Chidambaram in Tamil Nadu and Dr. N.B. Iyer at All India level are highly appreciable.

I congratulate your efforts in bringing out this useful booklet every quarter.

Note : Joint Action is a quarterly magazine of IDF.
Those desirous of getting a copy may write to idfmumbai@gmail.com OR idfark@gmail.com

Posted by INDIAN DEVELOPMENT FOUNDATION at Monday, April 28, 2008 No comments: 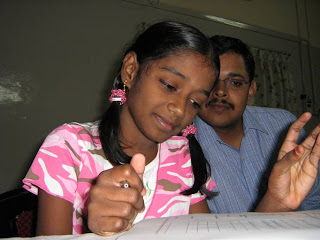 CHENNAI: Ten-year-old Shiloh Jessie Francisca, who wants to become an IAS officer to help others, is en route to fulfiling her desire partially. She has single-handedly raised Rs 37,260 for the Indian Development Foundation (IDF) to help those suffering from tuberculosis and leprosy. 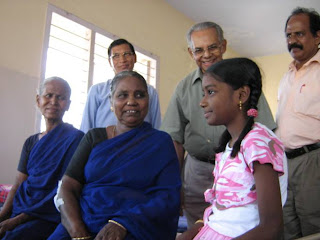 "My teacher said we could help sick people by collecting donations for the organisation. For this, I approached our relatives, family friends, neighbours and my father's colleagues," she said.

In recognition of her services, the organisation appointed the young social worker as one of their ambassadors on Tuesday. "We believe that children are excellent at spreading the message of change and creating awareness. In fact, their actions have a ripple effect," said Narayan B Iyer, national co-ordinator of IDF. 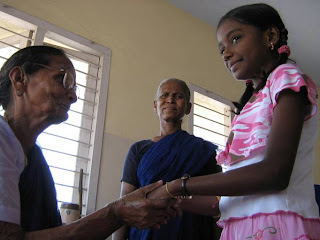 having grown up in a household that doubles up as a haven for underprivileged children in the neighbourhood. Her father, Ravichandran, who works at Annamalai University, and mother Hanu Shiba, a school teacher, spend their earnings educating these children.

Shiloh's decision to enrol as a volunteer thrilled IDF representatives.

Posted by INDIAN DEVELOPMENT FOUNDATION at Thursday, April 24, 2008 No comments: 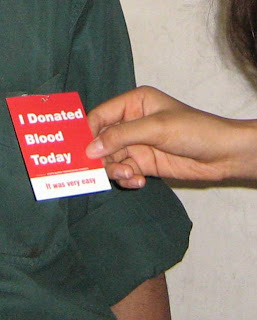 A Blood Donation Camp was organised by the students of B.D.Somani International School, Cuffe Parade, Mumbai on the World Health Day in collaboration with ThinkFoundation and Indian Development Foundation.

Mr. Vinay Shetty, Vice President, Think Foundation spoke the students on children suffering from Thalassaemia Major and the urgent need for blood. The student did a good ground work by campaining on the event and tried to motivate a good number of donors. 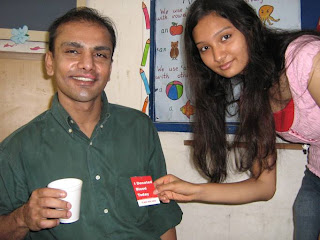 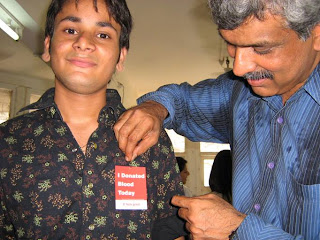