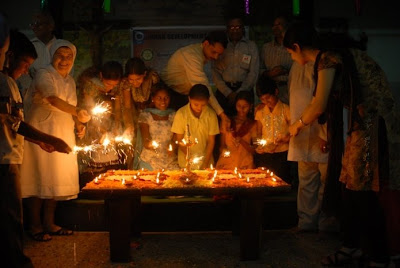 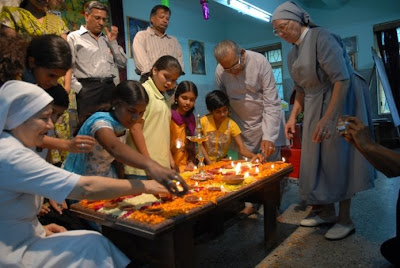 For Complete Report and more photos click the link given below.
http://groups.google.com/group/idfindia/t/cfba82b935133361?hl=en
Posted by INDIAN DEVELOPMENT FOUNDATION at Saturday, October 25, 2008 No comments: 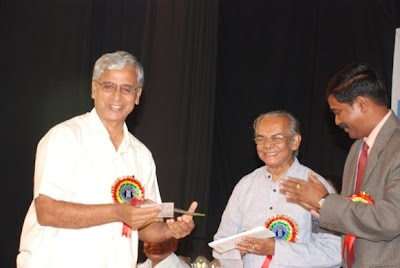 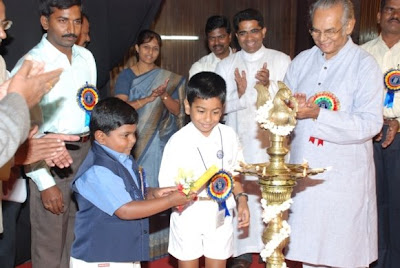 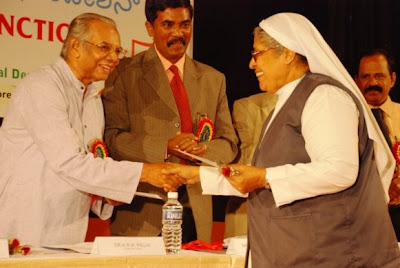 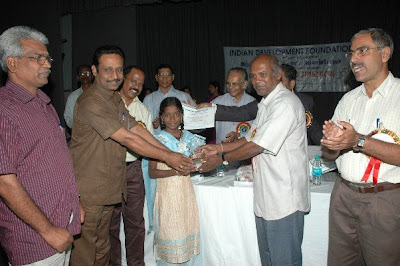 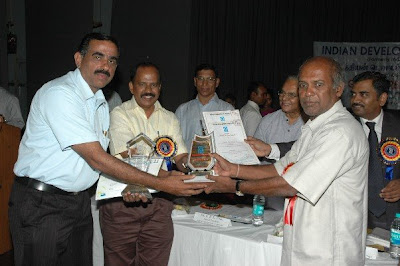 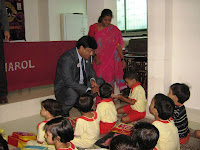 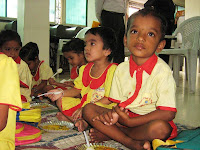 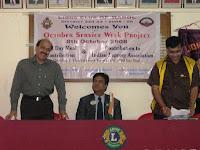 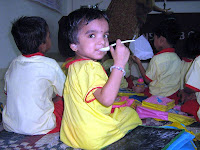 Around 117 children in the Marol, Andheri area will be benefitted from the mid-day meal scheme, said Lion Sanjay J. Khosla, President of Lions Club of Marol. Our club is also happy to continue supporting leprosy programmes of IDF, he said. 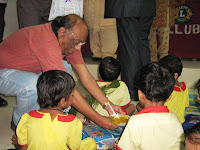 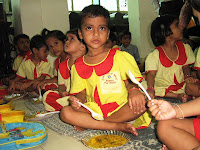 Dr. Narayan B. Iyer, National Co-ordinator of IDF thanked Lions Club members for their kind and continued support to the cause. He also appreciated the work of Lions Club in the uplift of the underprivileged children. 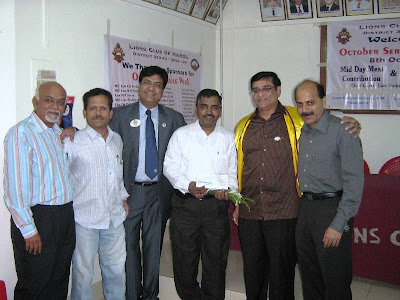 The children gathered at the event enjoyed eating hot and delicious khichidi and sweets.

His Excellency Shri Rameshwar Thakur, Governor of Karnataka appreciated the work of Indian Development Foundation in the areas of health, education and rural development. The NGO is celebrating silver jubilee sought good wishes from the Governor for the ongoing national programme.

HE Shri Rameshwar Thakur congratulated IDF team on its silver jubilee year and expressed happiness on the good work done in the field of leprosy eradication. In a message issued on the IDF Foundation Day the Governor said, "The Foundation's public spirited gestures endeared it to the people, especially those afflicted by leprosy about which continuing efforts need to be made to bring down the human sufferings. The leprosy eradication mission of Government needs to be complemented by the efforts of NGOs and private bodies. The Foundation has extended its area of health care to TB, HIV-AIDS, Cancer and Blindness too, which demonstrates its wider outlook and sympathies." 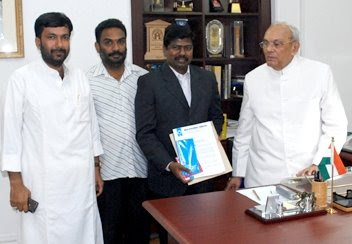 This news has appeared in Mangalorean.com, a Chicago based newsportal. http://mangalorean.com/news.php?newstype=local&newsid=96115

Posted by INDIAN DEVELOPMENT FOUNDATION at Tuesday, October 07, 2008 No comments: 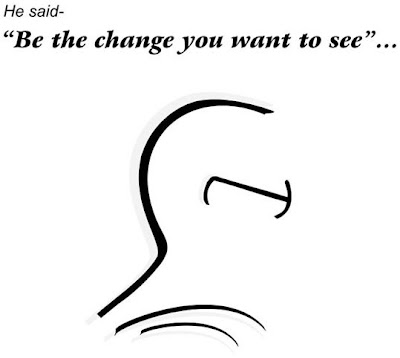 "Leprosy work is not merely medical relief,
It is transforming frustration of life in to joy
of dedication, personal ambition into self-service"
.................words of Mahatma Gandhiji
The cherished dream of a Mahatma Gandhi has come true.
Posted by INDIAN DEVELOPMENT FOUNDATION at Thursday, October 02, 2008 No comments: 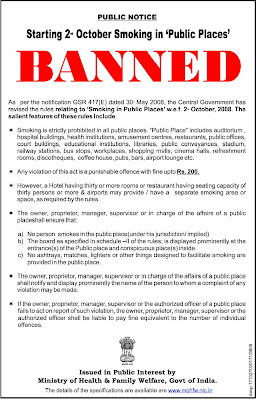 Posted by INDIAN DEVELOPMENT FOUNDATION at Wednesday, October 01, 2008 No comments: